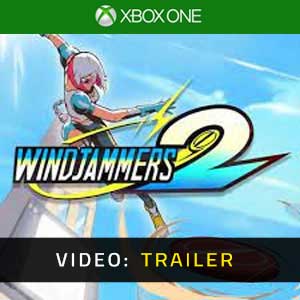 What is Windjammers 2 Game Code?

It's a digital key that allows you to download Windjammers 2 directly to Xbox One from Xbox Live.

How can I find the best prices for Windjammers 2 on Xbox one?

Allkeyshop.com compares the cheapest prices of Windjammers 2 on the digital downloads market to find the best sales and discount codes on trusted stores.

WindJammers 2 is a frisbee throwing sports game developed by Dotemu the sequel to the cult classic neo-geo arcade game that was first released 25 years ago, Windjammers 2 is the perfect mix between the precision gameplay that made the first game a cult classic in the first place and brand-new modern mechanics that you would normally expect in modern fighting games. Fast-paced, strategic, and most important of all easy to learn.

Anyone that loved the original will delight in playing Windjammers 2 (and that is unabashedly me). Those coming to this game for the first time would do well to look for good video tutorials.

I honestly expected Windjammers 2 to be quite a simple and bland experience, but there’s some depth to its gameplay for only using a couple of buttons. If you missed out on the original Windjammers, don’t sleep on this sequel. It may seem like an odd mashup of sports, but it works and becomes quite addicting once you become a badass Windjammer.

Zoom 1m 3m 1y All
Track product
XBOX ONE GAME CODE : Use the Digital Code received by mail in your Xbox One account to download Windjammers 2 from the Xbox Live. Internet connection is required. Please read the store description about any language or region restrictions.
PC Win 10 / Xbox Key. Digital code which allows you to play on both Xbox and Windows 10 PC. See below for more informations.
Standard Edition
Compare Choose & Buy Download (803)