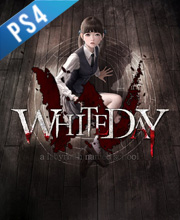 What is White Day A Labyrinth Named School Game Code?

It's a digital key that allows you to download White Day A Labyrinth Named School directly to Playstation 4 from PSN (Playstation network).

Allkeyshop.com compares the cheapest prices of White Day A Labyrinth Named School on the digital downloads market to find the best sales and discount codes on trusted stores.

A well-known cult classic of Korean horror. Get caught up in a terrifying game of cat and mouse when you sneak into school at midnight to return your sweetheart’s diary. Discover haunted corridors, work through time-honored survival horror puzzles, and escape the clutches of a killer Janitor who wants your blood.

White Day: A Labyrinth Named School is a shocking surprise that has come out of nowhere. The suspense, encounters, and puzzles make for an unforgettable experience deserving of the horror moniker.

It’s scary. Like, really scary. But what may be the scariest thing of all, is the fact that you’ve probably never heard of it. So I implore you to change that. Sharpish.