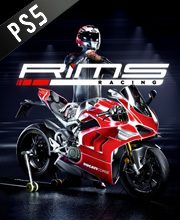 What is Rims Racing Game Code?

It's a digital key that allows you to download Rims Racing directly to Playstation 5 from PSN (PlayStation Network).

How can I find the best prices for Rims Racing on Playstation 5 ?

Some racing sims split the difference between arcade-like accessibility and realism, but RiMS Racing leans pretty hard towards the latter. While not entirely unfriendly to novices, this is a game geared towards the motorcycle enthusiast. With its emphasis on what happens in the shop between races at least as much as on the races itself.

RiMS Racing is the most immersive motorcycle gaming experience to date, with the DualSense pushing this even further. With a solid and lengthy Career Mode, you’ll have plenty of chances to maximize your bike’s performance and play around with different setups.