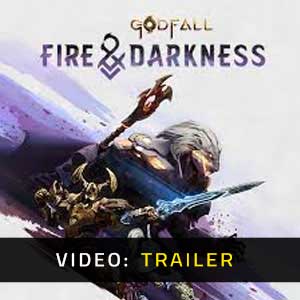 What is Godfall Fire and Darkness CD key?

It's a digital key that allows you to download Godfall Fire and Darkness directly to PC from the official Platforms.

How can I find the best prices for Godfall Fire and Darkness CD keys?

Allkeyshop.com compares the cheapest prices of Godfall Fire and Darkness on the digital downloads market to find the best sales and discount codes on trusted stores.

Godfall Fire and Darkness is the first full expansion DLC for Godfall, the expansion brings a continuation to the Godfall main storyline, a brand-new realm for players to explore the fire realm with tons of new challenging enemies and bosses to overcome, new end game content, a new free update called Lightbringer for all players who have the base game for Godfall regardless if you own Fire and Darkness or not, it brings a brand new co-op multiplayer mode called Lightbringer where you have to protect a light source from exchanging from ever-encroaching darkness.

Delivering on the potential of the original launch, the Fire & Darkness expansion for Godfall finally gives us the absolutely gorgeous game we hoped it could be. With a fresh storyline to chew, a new realm to explore, and a massive expansion to the endgame content, Godfall: Fire & Darkness is a must-have.

If you’re not a fan of Godfall, there’s not much here that will change your mind. If you’re a fan, though, Fire & Darkness is a total no-brainer.