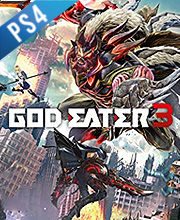 What is God Eater 3 Game Code?

It's a digital key that allows you to download God Eater 3 directly to Playstation 4 from PSN (Playstation network).

Allkeyshop.com compares the cheapest prices of God Eater 3 on the digital downloads market to find the best sales and discount codes on trusted stores.

Although almost every single mechanic in the game feels eerily similar to the Monster Hunter series, God Eater 3 manages to stand on its own (monstrous) two feet thanks to some incredible combat and a surprisingly engaging story.

We Got This Covered

PLAYSTATION CODE : This a Playstation Game Code to download God Eater 3 PS4. Activate the code on the Playstation Network. Read carefully the store description about any language and region restrictions.
PLAYSTATION NETWORK USA : PSN Code for USA ONLY. You need an US PSN Account to add USD in your Virtual Wallet. Login to your Playstation Account, use the PSN Card Code (12 digit code) to add funds in PSN Wallet in your country currency USD / Dollar US / $ only. To add money on Playstation Network wallet you need the following components and services:
* PS4 / PS3 / PSP / PSVITA Console
* A broadband internet connection
* US Playstation Account
* A free Playstation Wallet
You can follow the store description on how to add currency on the PSN Account for more informations.
Standard Edition