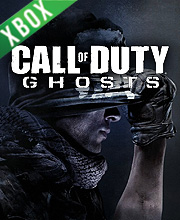 What is Call of Duty Ghosts Game Code?

It's a digital key that allows you to download Call of Duty Ghosts directly to Xbox One from Xbox Live.

How can I find the best prices for Call of Duty Ghosts on Xbox one?

Allkeyshop.com compares the cheapest prices of Call of Duty Ghosts on the digital downloads market to find the best sales and discount codes on trusted stores.

I have two questions for You.
You let the fraudulent company CONSOLEROS.NET to be showen on Your website, so I feel I MUST tell You that this company CHEATED, DOESN’T DELIVER and is VERY difficult to get to a knowledge when they make mistakes.
The business model regarding to XBOX 360 / ONE is ILEGALE according to Microsoft EULA, on the way they sell customers games by letting them use already bourght games on user accounts, which anyway will show up as null and void.
There has been numerous account on the Web, trustpilot xbox live.dk where users have been defrauded by this company an resent by GK4.ME which allso is a website who is own by GK INTERNATIONALLLC.
I bourght the XBOX ONE game Wolfenstein the New Order through YOUR website on the 29 of Marsh, and I never got ANY game, CONSOLEROS.NET mail Me more than 4 different account to Active the games, non worked the mails were nokiamail.com and / or Yahoo mail account, which besides being a ilegal way of selling Microsoft Xbox games, from the 24 of April NOT longer EXISTS.

SO after allmost 2 month consoleros.net finally refunded me the purshage, which they had promised 3 times and retracted 2 times.
And to put salt in the wound YOU allkeyshop SOMEHOW had to be paid 0.90€ in some STRANGE kind of fee for a game which I NEVER EVER EVEN got access to.
This process have been described by me in DETAIL sent to PAYPAL, who are looking into the business models of GK INTERNATIONAL LLC.
And I have been tolled that from the 1st of JULI PAYPAL are going to give their customers a DIGITAL CONTENT security, so this kind of practice is going to END.
Those companies who have business models like this are surely going to have problems.
So I suggest that You in no unclear terms tell Your partner’s that this is the end with cheating customers.

My second Question is, when searching for a game, then You indicate whether or not it is in store, I can tell You that this is NOT properly UPDATED. Try to search for the Xbox One Game Call of Duty:Ghosts and You will see that those who are marked as having the game in store DO NOT have the game in store, it’s seems to be quite a norm for many games. I akknowledge that it’s a time consuming job to keep track of who has which game in store BUT if I pay YOU 1 € for out of the 30€ price, the I would EXPECT that the info on Your website would be up to date..

Consoleros are scumbags they sold me an account that had no game then kept giving me random accounts with no games on them. They refused to give me a refund and would not contact me back then.

Hello Per Sorensen, thank you for the feedback, we will discuss with Consoleros.net to check about this. And for the stock thing, it’s usually that a store change design. Please take note that the name of the store that is “out of stock” is not working.