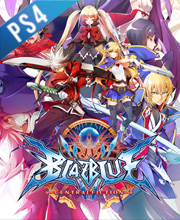 What is BlazBlue Centralfiction CD key?

It's a digital key that allows you to download BlazBlue Centralfiction directly to PC from the official Platforms.

How can I find the best prices for BlazBlue Centralfiction CD keys?

Allkeyshop.com compares the cheapest prices of BlazBlue Centralfiction on the digital downloads market to find the best sales and discount codes on trusted stores.

With upgraded netplay, relive Arc System Works’ signature gorgeous visuals and rich expressive fighting! Now is the ideal opportunity for both veterans and newcomers to return to the Azure! Choose from 35 distinct anime-inspired characters that make use of several new and improved game mechanics. The Wheel of Fortune has turned once more!

BlazBlue: Central Fiction is not just the end of the BlazBlue series; it’s a worthy climax to a quadrilogy that has been consistently excellent. It allies top notch fighting with a mass of content both online and offline. Superb netcode makes it easy to score some internet points, or just get some matches in with your pals and, if you’re lucky enough to have someone to sit on the couch next to you, expect there to be plenty of laughter and crowing while you battle for bragging rights.

Central Fiction adds enough characters, mechanics and fine tunes its already nearly flawless gameplay into something that feels as amazing to play as it looks. It’s currently my favorite fighting game on the market, and I have no doubt that I will be throwing dozens of more hours into it in the months to come.