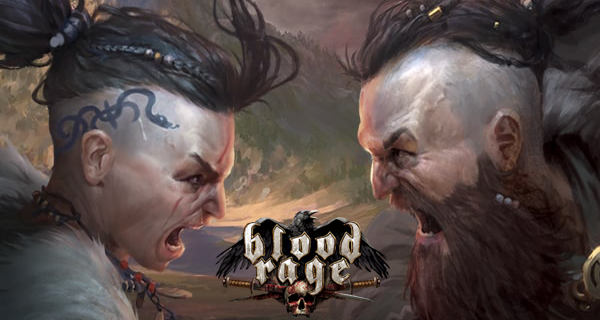 Blood Rage digital edition is coming out this month!

Asmodee, board game publishers, has announced a new digital adaptation of their tabletop game, Blood Rage.

The Blood Rage digital edition is a blend of combat, area control, and strategy, with players bidding to gain the most glory before the game ends with Ragnarok destroying everything and everyone, leaving those with the most glory to ascend and take up their place in Valhalla.

In the fight for glory, players will invade the mythical land of Midgard, pillaging villages. They will need to crush other clans in battle and fight legendary creatures from Norse mythology, complete quests for mighty gods and they will die like a Viking either in battle or from Ragnarok. All roads lead to death.

Blood Rage will feature a single-player option, but for those looking for a true Viking challenge there is a multiplayer option where reaching the top of the leaderboards is the only goal.

The game is unique to the genre too, with the miniatures in the game being actual 3D scans of the playing models to the physical version of the board game.

Blood Rage digital edition will release on May 27, 2020, on Steam. Those that pre-order the game will get a 10% discount, and two exclusive bonuses; the Mythical Monsters DLC pack and the official digital soundtrack.