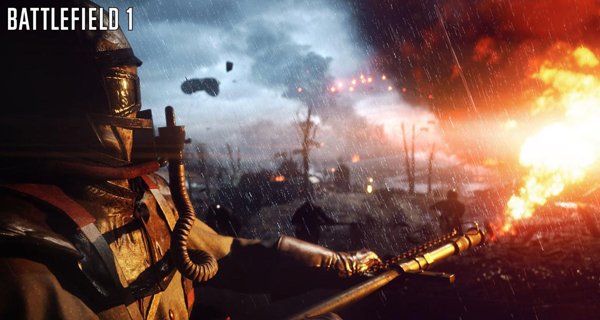 Experience World War I in Battlefield 1!

EA has revealed all the details about Battlefield 1, which was previously rumored to be called Battlefield 5. First off, it’s going to be released on October 21, 2016 for PC via Origin, Playstation 4, and Xbox One. Set in World War I, players will get to experience battles which cross air, land, and sea. Also something to look forward to are the awesome World War I weapons and armor which include tanks, planes, machine guns, and artillery, all bearing the “classic Battlefield DNA” as EA described in their blog post.

Also revealed is the game’s 64-player battles as well as some of the locations: France, the Italian coast, and the Arabian Desert.

“You’ll be able to join in massive 64-player battles and experience unexpected Only in Battlefield moments in a setting where the old world was destroyed, giving way to the new one. We’re turning destruction up a few notches too, so expect some surprises when you hit the battlefield,” EA added.

And for players who want to experience Battlefield 1 first-hand, EA is giving a chance for attendees to play the game during the EA Play events happening on June 12, 2016 in Los Angeles and in London. An Open Beta has also been announced, and those who want to participate can go ahead and sign up for Battlefield Insider which will give early access to the beta. Finally, those who pre-order the Early Enlister Deluxe Edition will be able to play the game 3 days earlier than everyone else on October 18, 2016.

We’ll post more details about the game as soon as EA reveals more in the coming days.

Excited for Battlefield 1? Well here’s the game’s reveal trailer to spice up your excitement even more:

I’m would like to get this one too. I got all battlefields. All from Battlefield 2 😀

Fantastic DICE Fantastic AllkeyShop I’m Sure that I will Buy This Fucking Nice Game !!!!!!!