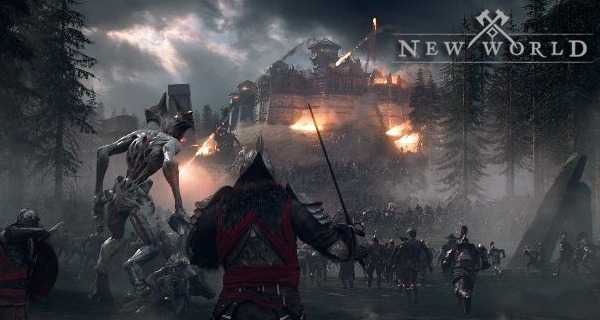 The upcoming open-world MMO, New World, from Amazon Game Studios, has released a new developer diary ahead of its launch in May 2020.

New World is set on the Eternal Isle, Aeternum, and puts players up against The Corrupted and other players in a land that is full of danger and bursting with opportunity.

The beautiful world of Aeternum is being destroyed by The Corrupted, an ancient evil that is dedicated to wipe all signs of humanity from the land. Warriors of the past, adventurers and legendary creatures have all fallen to the corruption.

Choose the way you fight, with powerful melee weapons, precise range weapons or master the arcane arts. Discover, forge, and customize your weapons to find a combat style that suits you.

Explore Aeternum and uncover the secrets of the wild, hunt beasts for food and crafting materials, and harvest resources from the land itself to help in your rise to power. The wilds are yours to bend and control.

However, you choose to take on the New World, discover strength in numbers. Use the in-game social systems to organize, command and establish a hierarchy, or take control of a powerful company.

Lead your party into battle against The Corrupted or seize lands owned by your enemies. Begin with nothing and build a thriving company full of master craftsmen, fearless soldiers, strong leaders, and traders.

There is no set way on how to spend your time on the Eternal Isle, whether it is to forge a bloody path alone or band together with other like-minded warriors to take power and riches by force, the path is yours to choose.

Discover everything Aeternum has to offer when New World, from Amazon Game Studios, launches on PC in May 2020. You can pre-purchase it now on Steam and Amazon.