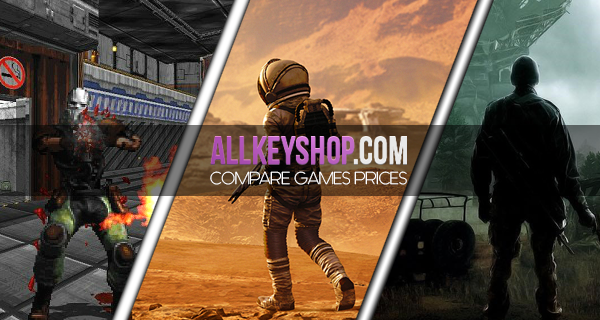 HERE ARE THE HOTTEST NEWS FROM ALLKEYSHOP TV

Pro Evolution Soccer 2019 will be having a demo which will be arriving in two weeks. The demo will be available for Windows PC, PlayStation 4, and Xbox One. This will start on August 8 and it will feature twelve professional clubs. The big names in both the European and South American pro soccer are included. Players will have access to the online quick match as well as the offline exhibition that is available in solo mode. Pro Evolution Soccer 19 will officially launch on August 28 for PC, PS4, and Xbox One.

Warframe is getting a Fortuna expansion which is centered around the forced labor colony of Venus as well as the surrounding areas. Here, you will be able to track, tranquilize and capture creatures in order to protect them from the damage that the ancient terraforming machines of Venus is creating to the world’s climate. Some of the Venusian animal concepts has been teased and some looks like regular animals and one looks like it came from nightmares. The Fortuna expansion arrives this fall.

The exclusive gameplay reveal of Sekiro: Shadows Die Twice is announced by From Software and it will be seen in the PSX 2018 SEA. This year’s PlayStation Experience 2018 South East Asia will be held in Bangkok, Thailand on August 18th to the 19th at the GMM Live House. It will be a special reveal for the game as From Software announces that it will be an exclusive gameplay with “exclusive theater experience”. Another game that will be showcased in the event is Capcoms’s Resident Evil 2 Remake.

Monster Hunter World has surpassed 1 million pre-orders in China’s WeGame platform. The pre-order numbers were for the game’s PC version. It is worth noting, though, that pre-orders in China do not cost money, and those who pre-ordered will be charged when the game launches on August 9th. Still this is an impressive number, and just goes to show how highly-anticipated the game is on PC. Monster Hunter World has sold more than 8 million copies on consoles.

It is somewhat of a surprise but Octopath Traveler was able to reach the Best Selling Third Party Nintendo Switch Game in 2018 on Amazon. Usually, for the Nintendo Switch software, it is dominated by first party games that have been developed by Nintendo themselves. But this time a Square Enix game was able to top the ranks settling on number 34 at the best sellers of 2018 for Amazon. Octopath Traveler is quite popular, since its launch, the game faced shortage of stocks because of high demand.

Spacelords Won’t Be Coming to the Switch for Now

Raiders of the Broken Planet has been renamed, and will be launched as, Spacelords, and will be available on PC, Playstation 4, and Xbox One. As of this time, the game will only be coming to the said platforms, and a Switch port is not planned at the moment. Game Director Enric Álvarez explained that while a Switch version would be very interesting, their studio does not have the financial capacity to do it as they are a self-financed independent developer.

Aces of the Luftwaffe: Squadron Launches on PC and Consoles

Aces of the Luftwaffe: Squadron is currently available for the Nintendo Switch but it will be coming to PC, PlayStation 4 and Xbox One on July 24th. Get to fight in this action packed shoot ’em up with explosives game. The storyline is captivating and has fully voiced characters. Boss fights and dogfights abound. Fill up the skill trees of individual abilities for your wingmen. The achievement system is challenging and is well worth it. The game also offers an enjoyable orchestral soundtrack.

The Tango 5 Reloaded open beta is now available for PC download via Steam and Nexon Launcher up until July 25th PDT. Get to play in player-versus-player combat or fearsome four-versus-four real-time action. In order to win, teamwork, strategy and swift decision making are the key elements to have. Deploy your squads and capture, control and hold vital points on the map. Arm your units with the unique weapons and abilities. Remember that a carefully thought of strategy is better than just brute force.

Milestone and Ducati have announced their partnership with the upcoming racing game Ride 3. Through this partnership, Milestone and Ducati will be showcasing the game in this year’s World Ducati Week, where lucky fans will be able to get the chance to ride some of the most iconic Ducati bikes, including the Ducati Panigale V4, which is this year’s featured bike on Ride 3’s cover. Get to experience the thrill as Ride 3 launches November 8th on PC and consoles.

Looks like Fortnite will be celebrating Shark Week, as new shark-themed items were added to the game. The items include include a “Chomp Sr.” outfit (for 2,000 V-Bucks) and the “Chomp Jr. pickaxe (for 1,500 V-Bucks). Also included is a new emote called “On the Hook” which kind of shows the character reeling in a shark. These items are available in the game’s shop now, and are purely cosmetic in nature.