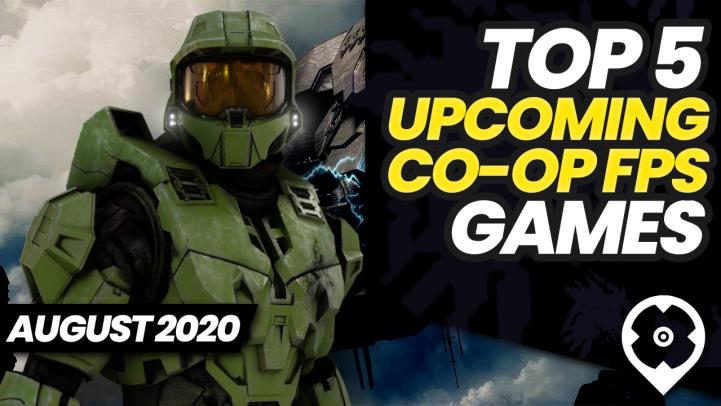 What are the best 5 Upcoming Co-op FPS Games ?

Blast your way through continually-evolving enemies in this 1-4 player first-person co-op shooter. Play through the non-linear campaign alone or with friends, wield devastating weapons, customize your class, skills, and perks, and compete on the leaderboards with your high-scores and speedruns.

Survive nightmarish horrors in SILENT DOOM, a first-person adventure featuring hell-like enemies and permadeath. Die and start again in procedurally-generated levels, ever-increasing difficulties, and constantly-evolving challenges. Use resources, explore your surroundings, solve puzzles, and loot in your mission to find the ingredients to perform the necessary ritual to defeat the demon that chases you.

Tear through demons in this DOOM-like fast-paced first-person shooter and collect the four Hellstones to escape hell’s maze. Kill everything in your way, wield devastating and explosive weapons such as shotguns, launchers and imp spawners, and redecorate hell in the blood of the demons you slaughter. Carve your own path and fight your way through hell in non-linear gameplay.

What is a Cooperative First-Person Shooter Game?

A Co-operative first-person shooter (Co-op FPS), is a video game that is played in a first-person perspective and features weapon or melee-based combat in two or more player action.

FPS games limit a player’s vision, meaning that they tend to offer much more intense action, which can be perfect when adding a multiplayer element.

Co-op FPS games come in many forms, including PvP team-based games such as Overwatch, Counter-Strike: Global Offensive, and Call of Duty: ModernWarfare, and PvE games such as GTFO, Left 4 Dead 2, and Borderlands 3.

In recent years popularity has grown with the development of battle royale games such as Fortnite, PUBG, and Warzone. A big part of that explosion in popularity has been the inclusion of co-op play in modes such as Duos, Trios and Squads.

Co-op FPS games do not need to be exclusively shooters. Puzzle games have come into their own with Portal 2, We Were Here, and Half Dead proving that the first-person perspective can be used across multiple genres.

The genre has also found a stable place in the survival, open-world, and even roguelike categories, with games like Rust, Far Cry, and The Forest proving that not all co-op FPS games have to be fast-paced adrenaline-fuelled epics.

Whether puzzle, World War II, battle royale, or tactical, there is a co-op FPS experience waiting to be discovered by you and your friend.

Why Are We Doing a Top 5 Upcoming Co-op FPS List?

In the world of Co-op FPS Games, fantastic games can be found at incredible prices but you can also be at a greater risk of being left disappointed.