15 of the Best PS5 Games and Compare Prices

“You want to play an PS5 Games, but don’t know which one to choose?

Luckily Allkeyshop is here to help you with this top 15 of the best PS5 Games!”

Explore and discover the beautiful Tsushima, equip powerful armor and weapons sets, and as Jin, fight back against the Mongol horde that threatens your home. Use nature to uncover new landmarks, head for smoke plumes to enemies, people in need, or villages. Learn to block, dodge, and parry against enemies where timing and precision are crucial to survival. Your survival is the only thing that can save Japan.

Search for your own place within the Spider-Man universe as Miles Morales, Peter Parker’s mentee, and take back control of New York for the forces of good. Use all-new weapons, gadgets, and skills as you web-sling your way across your new vibrant home. Use the new adaptive triggers of the DualSense controller, experience ultra-fast loading times, and discover a new Hero’s legend at its beginning.

Relive the genre-defining Demon’s Souls in this stunning remaster of the classic game. Slay gigantic demons, interact with disturbing characters, and once more defeat The Old One. Master your skills, learn to defend and attack, collect souls, and summon allies to fight alongside you as you become the Slayer of Demons.

Sackboy returns with a brand new adventure, promising more action, fun, and multiplayer mayhem. Take on the diabolical Vex and save Craftworld and return it to the world of imagination with the help of your friends. Be the Knitted Knight and challenge yourself in forests, mountains, and space as you carve your destiny.

Play as an unstoppable Valorian Knight, a warrior able to shred enemies apart and slay gods, in this looter-slasher RPG. Climb the elemental realms, through water, earth, and forest, and take down the Mad God using five weapon classes, legendary weapons, and devastating skills. Ascend alone and challenge yourself to earn rewards or team up with friends in three-player PvE Online co-op.

Enter the magical world of Snaktooth Island, full of half-bug half-snack creatures, and solve the mysteries of where the Bugsnax came from. Hunt and capture 100 different species of Bugsnax using traps, bait, and your skills. Track down characters, customize them, and discover new places as you explore the vivid world.

Explore a detailed open world and cure it of the darkness that corrupts it with the help of your eagle companion. Master archery and falconry as you soar, flip, and trickshot your way through forests, meadows, and tundras. Fight massive creatures in epic battles that will test your aim, reflexes, and skills as you bring light back to the world.

Save London from itself, and set it free from the advanced surveillance system, ctOS. Recruit allies, each with their own unique skill sets, complete unique missions and explore an open-world setting in your bid to liberate London. Control multiple characters, but be careful as losing that character will see them lost forever.

Race across the globe and challenge yourself on dozens of routes across some of the planet’s most recognizable locations. Build a career and become the next star of off-road racing, pushing the limits in some of the world’s greatest race cars, including rallycross, GT, trophy trucks, and muscle cars. Race for the glory alone or with friends in modes that support up to 12 players and objective-based racing.

A PS5 game is a video game for Sony’s next-generation console, the PlayStation 5. 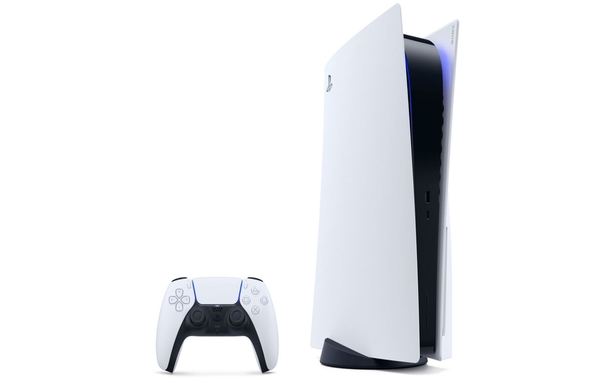 Designed for use with the PS5 DualSense controller, PS5 games benefit from haptic feedback, adaptive triggers, and improved immersion.

PS5 Games are available at incredible prices, but with so many to choose from, we want to help you pick the game that’s right for you.

Demon is definitely the most appealing PS5 exclusive!

Spiderman super game! The first watch dogs was really bad, and the second was amazing, i don’t know how will be the third

I can’t wait to get the new ps5. I hope it will be available in pre-order soon!!!!