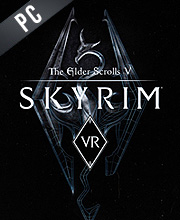 What is The Elder Scrolls 5 Skyrim VR CD key?

It's a digital key that allows you to download The Elder Scrolls 5 Skyrim VR directly to PC from the official Platforms.

How can I find the best prices for The Elder Scrolls 5 Skyrim VR CD keys?

Experience the fantastic world of Tamriel in Virtual Reality in The Elder Scrolls 5 Skyrim VR. From award-winning developers comes a full-length open-world game in VR in Skyrim. Reimagine the epic fantasy and exciting journey of Skyrim. Battle ancient dragons, scale huge mountains, discover hidden secrets in the fortress, and explore the open world of Skyrim. The future of the empire is compromised as the dragons have returned and as a Dragonborn, it is in your blood to save the empire from its absolute demise.

With great performance, unofficial mod support, all the DLC, and pretty good controls, The Elder Scrolls V : Skyrim VR is a great buy for VR headset owners. Even if you’ve played hundreds of hours in the pancake version of the game, I think you’ll really enjoy being immersed in the world of Skyrim. It truly is a brand new experience and it along with Fallout 4 are now two of my favorite VR games to play.

For a game that wasn’t originally designed for VR at all, Skyrim VR is nothing short of impressive. This really is the Skyrim that you know and love, but now you can enjoy it like never before with the immersive presence of a VR headset. With a large variety of control schemes to choose from and hundreds of hours of content, this is a game that all RPG fans and lovers of immersive fantasy worlds should play.

EU STEAM CD KEY: Requires an EUROPEAN IP address or you must activate it with a VPN (Virtual Private Network) in order to play The Elder Scrolls 5 Skyrim VR. Might have languages restrictions or language packs. Read the description on the store game page to know if the EU IP is only needed for activation or for playing also (maybe on EU Servers). Most of the stores offer you their help, or show you how to do this with a tutorial to follow.
EUROPEAN STEAM GIFT : It’s a steam gift for Europe which requires an European IP address to activate and to play The Elder Scrolls 5 Skyrim VR on Steam. Read carefully the store description about region and language restrictions.
STEAM GIFT : A Steam gift is a one-time transfer you receive. You activate and install The Elder Scrolls 5 Skyrim VR to play on Steam, it is a non-refundable game that stays in your Steam games collection. Please read the store description about any language or region restrictions.
STEAM CD KEY : Use the Steam Key Code on Steam Platform to download and play The Elder Scrolls 5 Skyrim VR. You must login to your Steam Account or create one for free. Download the (Steam Client HERE). Then once you login, click Add a Game (located in the bottom Left corner) -> Activate a Product on Steam. There type in your CD Key and the game will be activated and added to your Steam account game library.
STEAM KEY ROW : It means for Rest Of the World countries which are not concerned by the region restrictions. This product can't be purchased and activated in Several countries. Please read the store description to know the full list of countries which are concerned. Use the key to Download and play The Elder Scrolls 5 Skyrim VR on Steam.
Standard Edition
Compare Choose & Buy Download (710)