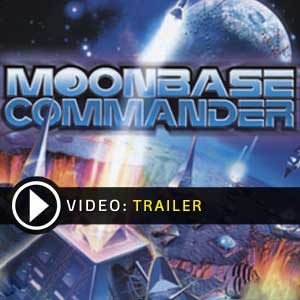 What is MoonBase Commander CD key?

It's a digital key that allows you to download MoonBase Commander directly to PC from the official Platforms.

How can I find the best prices for MoonBase Commander CD keys?

Allkeyshop.com compares the cheapest prices of MoonBase Commander on the digital downloads market to find the best sales and discount codes on trusted stores.

MoonBase Commander is a strategy computer game released by Humongous Entertainment and published by Rebellion.

The game features both single-player and multiplayer mode. It is a turn-based game which allows you to spend limited amount of energy points with every turn. You spend these energy points through attacking other players and creating more buildings in their base. Similar to many artillery games, all units have to be launched from their creating unit.

The power of your shot depends on how long you depress the launch button. In launching, you have to consider the wind since it affects the accuracy of your shot. MoonBase Commander has four factions which are functionally similar but cosmetically different: NiceCo, DeWulf, System7, and Team Alpha. There is a mode called “Skimish” where players can battle against computer players with different difficulty levels.

Their objective is to destroy all opponents. Another mode is “Challenge” which comprises sixteen premade missions – four missions for every faction. Each of the challenge has different settings, enemies, and goals. After finishing a challenge, you can earn Gold, Silver or Bronze medal. It depends on how long you were able to finish the game mode. Each challenge unlocks a new one!

GOG.COM CD KEY : You need to register on Gog.com, then use the GOG Key to download and activate your game to play MoonBase Commander.
STEAM GIFT : A Steam gift is a one-time transfer you receive. You activate and install MoonBase Commander to play on Steam, it is a non-refundable game that stays in your Steam games collection. Please read the store description about any language or region restrictions.
STEAM CD KEY : Use the Steam Key Code on Steam Platform to download and play MoonBase Commander. You must login to your Steam Account or create one for free. Download the (Steam Client HERE). Then once you login, click Add a Game (located in the bottom Left corner) -> Activate a Product on Steam. There type in your CD Key and the game will be activated and added to your Steam account game library.
Bundle
Standard Edition

old fashion 2d indie game with nice gameplay, worth the price its offered

good game have fun every one