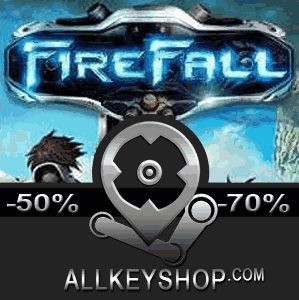 What is Firefall CD key?

It's a digital key that allows you to download Firefall directly to PC from the official Platforms.

How can I find the best prices for Firefall CD keys?

Allkeyshop.com compares the cheapest prices of Firefall on the digital downloads market to find the best sales and discount codes on trusted stores.

Firefall is a free-to-play action massively multiplayer online open world RPG–shooter developed and published by Red 5 Studios. The game is set in the future, after an event known as M-Day took place. The M-Day involves the Melding, an extra-dimensional energy storm that has transformed the Earth and mutated its wildlife and shaped its landscape.

You will take on the role of a mercenary armed with a Battleframe, a power armor that grants you health regeneration, jump jets, and retractable wings for gliding. Each Battleframe has its own unique main weapon, one standard secondary weapon, three unique abilities, plus a fourth special ability that changes while in combat.

The main types of Battleframes you can choose from are as follows:

Biotech – The perfect Battleframe for reviving and rejuvinating allies, or for battling it out in a chemical warfare

Dreadnaught – Armed with powerful weapons, this Battleframe is the perfect tank

Recon – Long-distance players with skills that deal massive damage, definitely the best support for the team

Other game features include a massive open world with diverse environments, collecting resources and crafting, jobs, and PvPs, among others. Find out how you will fare as a mercenary in Firefall!

STEAM CD KEY : Use the Steam Key Code on Steam Platform to download and play Firefall. You must login to your Steam Account or create one for free. Download the (Steam Client HERE). Then once you login, click Add a Game (located in the bottom Left corner) -> Activate a Product on Steam. There type in your CD Key and the game will be activated and added to your Steam account game library.
Deluxe Edition