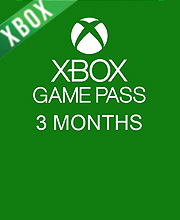 When you add the Game Key on your Xbox Account, the game will be added to your library, then you can download your videogame for free and at any time.

The Xbox One Game Code stores displayed are legal and our staff tests them regularly.

You can participate to these tests and join our Free Giveaway by adding a comment on the Store page that you have tested.

The Xbox Game Pass refers to a video game subscription service that was developed by Microsoft for the Xbox One console and Windows 10. The 3 Months Xbox One Game Pass is exactly as it suggests, it is a subscription that grants you access to the Xbox Game pass for 3 months. If features well over 100 games that subscribers will be able to access for the stated period. In addition, players will be able to download the full games to their consoles which was permitted with the intent to grant players continuous, full-fidelity gameplay absent latency issues. Also, note that outside of capacity barriers, there is no limit to the number of games a player can download and install to their consoles. Additionally, subscribers are awarded subscriber-exclusive discounts on games. Venture over to Microsoft’s official website to sign up for your first three months of Xbox Game Pass for only one $1.00.

XBOX ONE GAME CODE : Use the Digital Code received by mail in your Xbox One account to download Xbox Game Pass 3 Months Xbox One from the Xbox Live. Internet conection is required. Please read the store description about any language or region restrictions.
3 Months

Be the first one to write a review about Xbox Game Pass 3 Months !