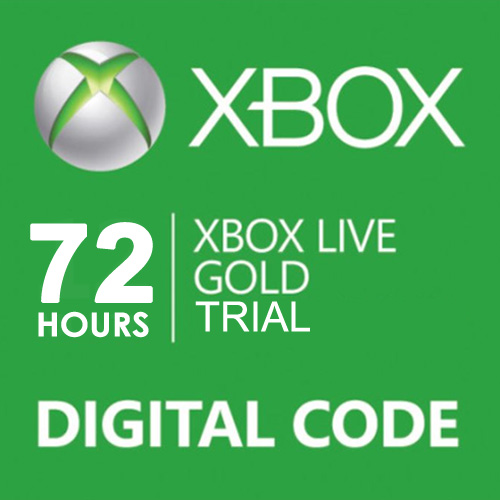 Buy your 72 Hours Trial Gold Xbox Live at the best price with our price comparison website.

Find all XBox Live Code stores and prices to buy 72 Hours Trial Gold Xbox Live and play at the best price on the Microsoft Xbox Live.

The 72 Hours Trial Gold Xbox Live stores listed on Allkeyshop.com are safe and are verified by our staff regularly.

Thanks to 72 Hours Trial Gold Xbox Live , you can play and share with your friends but also rent movies, listen to music, access YouTube or Dailymotion, and even watch live TV.

To access the Xbox Live Marketplace you need the following components and services:
* Xbox One or Xbox 360 Console
* A broadband internet connection
* Xbox Live Silver membership (included in the product contents of the Xbox 360 entertainment system)
* A free Microsoft Passport account
* Hard Disk or Memory Unit for the Xbox One / Xbox 360 Console