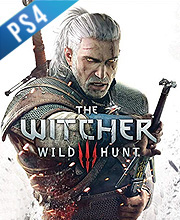 What is The Witcher 3 Wild Hunt Game Code?

It's a digital key that allows you to download The Witcher 3 Wild Hunt directly to Playstation 4 from PSN (Playstation network).

Allkeyshop.com compares the cheapest prices of The Witcher 3 Wild Hunt on the digital downloads market to find the best sales and discount codes on trusted stores.

Play as a monster hunter (Witcher) known as Geralt of Rivia. Follow the game’s story where you will quickly learn that Geralt is a conflicted character who traverses a sprawling open world in search of his adopted daughter on the run from the Wild Hunt.

The world of The Witcher might not even be worth saving; become the hero this world needs or be the hero the world deserves.

You’ll not want it to end, just like you didn’t want your very favourite RPGs of years’ past to end either. The Witcher 3: Wild Hunt will sit in that list now.

The Witcher 3: Wild Hunt deserves a permanent spot in your gaming library. 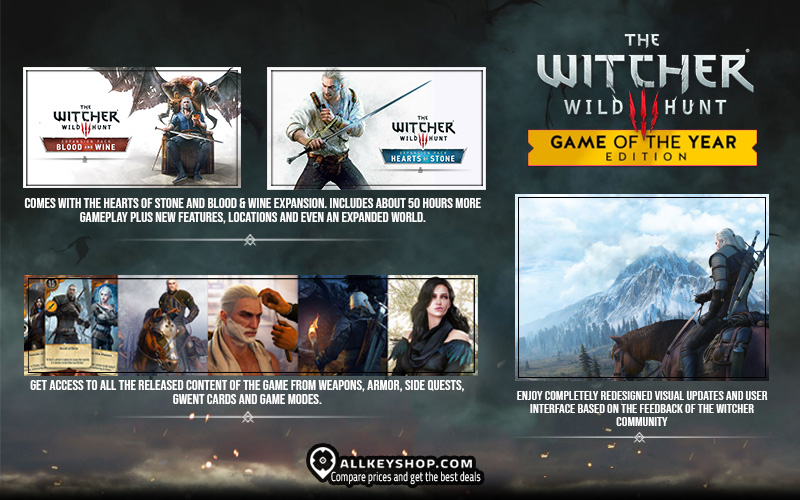 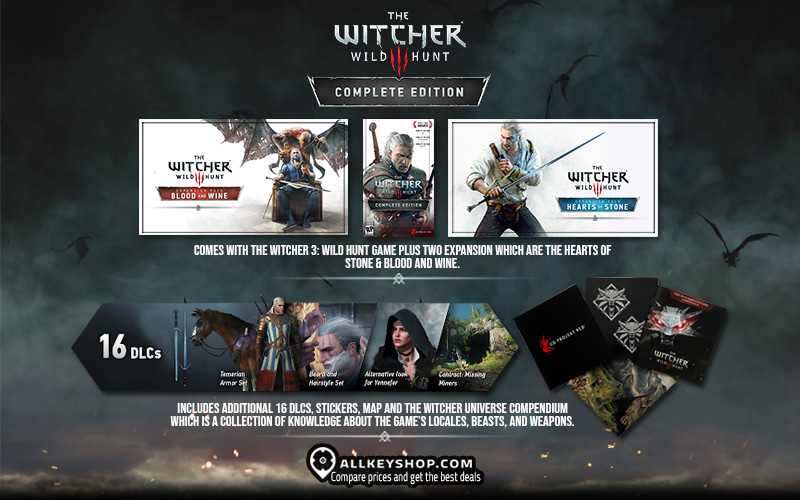 The Witcher 3 Wild Hunt : Season Pass comes with both the Blood and Wine + Hearts of Stone DLCs. The expansion pass offers an additional 30 hours of new content as well as gears and enemies.

The Witcher 3 Wild Hunt Hearts of Stone bring players to the wilds of No Man’s Lands with a new 10-hour adventure. Geralt of Rivia will find himself in Oxenfurt where he must complete a contract from the Man of Glass. Geralt must use his strength and wits to come out of this contract alive.

The Witcher 3 Wild Hunt Blood and Wine offers a new 20-hour storyline that happens in the new region called Toussaint. Geralt finds himself in a carefree environment that is untainted by war but is hiding a strange secret.

Find all the best prices for The Witcher 3 Wild Hunt DLCs on Allkeyshop!

The Witcher 3 has a very good storyline, you can choose several pathways in the game so you can always replay the game to see how the ending is if you make other choices