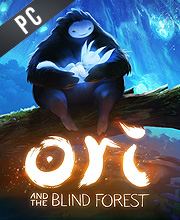 What is Ori and the Blind Forest CD key?

It's a digital key that allows you to download Ori and the Blind Forest directly to PC from the official Platforms.

How can I find the best prices for Ori and the Blind Forest CD keys?

Allkeyshop.com compares the cheapest prices of Ori and the Blind Forest on the digital downloads market to find the best sales and discount codes on trusted stores.

Ori and the Blind Forest is an action–adventure game designed by Moon Studios and published by Microsoft Studios.

Set in a 2D open world, you will control a white guardian spirit named Ori, who also has the ability to shoot Spirit Flames and run on walls. Help Ori embark on his adventure with Sein, a guide being, to restore his forest home, Nibel, by finding his courage and confronting a dark nemesis.

Watch yourself get mesmerized in this game’s story of love, sacrifice and hope.

Super good game , i really enjoyed it alot and i recommend it .

pretty and beautiful game and soundtrack is magic for this game , good choice 🙂