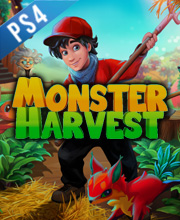 What is Monster Harvest Game Code?

It's a digital key that allows you to download Monster Harvest directly to Playstation 4 from PSN (Playstation network).

Allkeyshop.com compares the cheapest prices of Monster Harvest on the digital downloads market to find the best sales and discount codes on trusted stores.

Monster Harvest is a combination of a farming sim and creature collecting game developed by Maple Powered Games, you have just recently discovered that your grandfather wants you to run the farm in his stead located in the newly christened Planimal Point, he explained that he’s too busy researching a newly discovered organisms called slimes to run it himself, feeling tired of the city life you accept his offer and pack your things, tomorrow you set off and your farmer’s life begins.