Watch How FIFA 17 The Journey is Made! 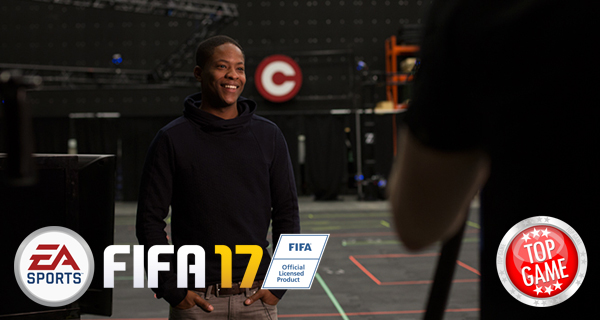 Curious as to how FIFA 17 The Journey was created? Well, EA has recently released a new video highlighting the details in the making of FIFA 17’s. Called “The Journey”, the game’s story mode will center on the story of Alex Hunter who’s described as “the Premier League’s next rising star.”

To make The Journey as authentic as it can possibly be, EA reached out to real-life football players to enable them to create a story as close to each of their experiences as possible.

“Input from real players including Harry Kane and Anthony Martial helped ground Alex Hunter’s journey in reality, giving you an authentic experience of the types of challenges a professional footballer will face as they strive to get to the top of the game,” says EA.

“There are ups and down for all footballers and that’s shown in Alex’s journey. You just have to try to stay level throughout and not get too high when things are going well or too low when things aren’t quite as good,” says Marcus Rashford, a striker for Manchester United. He’s also an Authenticity Consultant for FIFA 17 The Journey.

As to how the game’s story mode came to life, the video also introduced Tomiwa Edun who plays the role of Alex Hunter. He showed how Alex Hunter was created through face scans, and other technologies for animation. The same process was also done to those Hunter will interact with such as his mom, and other football players.

The story itself will actually be based on player choices. You will be given opportunities to choose how you want Alex Hunter to react to a certain situation. Different situations will arise based on your chosen outcome.

You can catch all these and so much more in the video below. Take a look and let us know in the comments what you think about FIFA 17 The Journey.