Wasteland 3 Factions Introduced Including The Marshals, Gippers and Many More 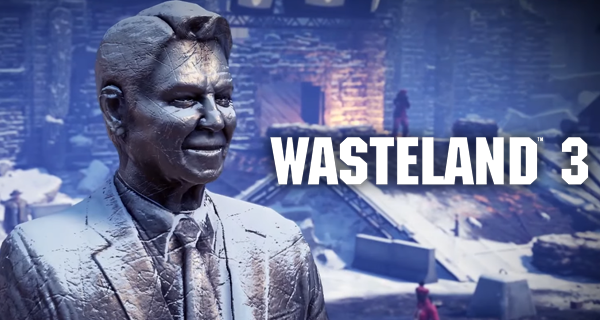 Deep Silver and inXile have released a new trailer for the upcoming, highly-anticipated Wasteland 3.

The latest trailer shows off some of the unique Wasteland 3  factions within the game, with a little bit of information on a few of them, and interaction with them will lead to glory, or destruction, because as the trailer says, “every decision is life or death”.

As for the factions introduced, The Patriarch’s Marshals are sworn to uphold order in Colorado Springs, but only answer to the Patriarch himself. The Gippers claim their God President will make America the great country it once was, as they kill anyone they think is a communist – which happens to be everyone. The Hundred Families want a better Colorado but only a better Colorado for themselves.

Other factions revealed in the trailer, are the Refugees, Payasos, Scar Collectors, Godfishers, and the Dorseys.

Get to know about the Wasteland 3 factions in the trailer below:

Set in a 1980s post-apocalyptic America, Wasteland 3 puts you in control of a squad of Desert Rangers, lawmen, and women, as you try to rebuild society. The game is a squad-based, turn-based RPG, and promises a deep interactive story where conversations and decisions that matter.

Wasteland 3 has seen a few delays in launching, with the latest due to the novel coronavirus pandemic, with inXile founder, Brian Fargo saying the delay is “time we’re putting into acting on Beta feedback and suggestions, optimization, polishing and refinements, and making sure we have an awesome co-op experience.”