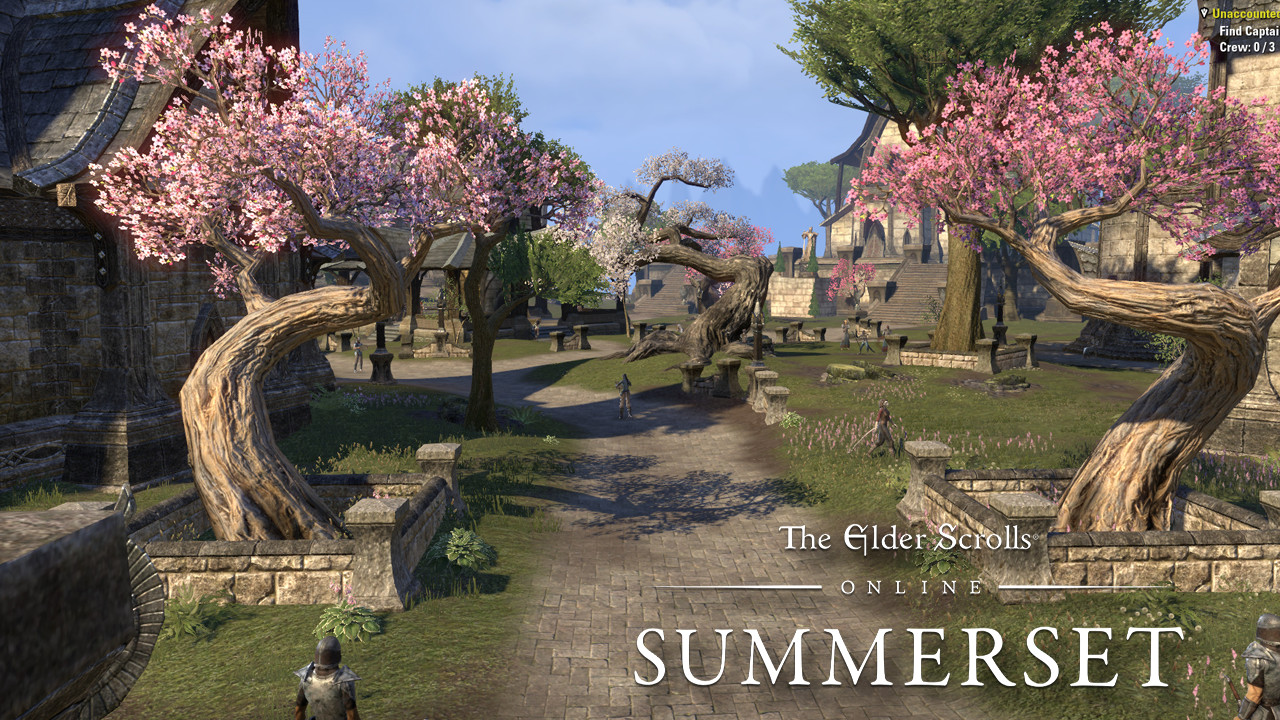 A conspiracy brews in the shadows of the Summerset Isle that threatens all of Tamriel. Because of this, Queen Ayrenn has opened the home of the High Elves to foreigners to help put an end to the evil plot. Thus is the premise of the next Chapter for Bethesda’s fantasy MMORPG, The Elder Scrolls Online: Summerset.

The latest Chapter features new content and challenges for new, returning and veteran players alike. The Summerset Isle is a completely new zone that will be opened for players to explore. The new area also comes with an epic main story quest line that concludes the narrative that spanned through the base game and Clockwork City. Here’s the cinematic teaser to give you a feel of how the events of the story will unfold.

You’ll also get the chance to join the mysterious Psijic Order for the first time in the series and explore the island of Artaeum, home of the Order. A new Psijic Order Skill Line featuring powers that allow you to manipulate time will become available too. Other features include a new Jewelry Crafting Skill Line, a new 12-player trial, new group PvE challenges, and more.

You can preview some of the gorgeous new areas and new gameplay in the trailer below:

The Summerset Prologue Quest is also available now. You can start the quest by acquiring the Mage’s Messsage Stone for free from the in-game Crown Store. You can then use the stone to acquire the “Through a Veil Darkly” quest. Complete the quest and you’ll be rewarded with the Wyrd Elemental Plume memento. From here, you’re set for the upcoming quests once the next Chapter drops.

The Elder Scrolls Summerset will be launching first on PC/Mac on 21 May, with Xbox One and PS4 to follow on 5 June. Pre-purchasing grants you the Queen’s Bounty Pack, which includes a Court of Bedlam Costume, the Pocket Salamander Pet, 3 treasure maps, a Psijic Vault Crown Crate, and 2 experience scrolls. Digital pre-purchases will also include a copy of the Morrowind Chapter if you don’t have it yet. Those who already have Morrowind will NOT get an additional copy though. Finally, all pre-purchases also include the Nightmare Senche mount, which can be redeemed in-game immediately if you’re pre-ordering the digital version. 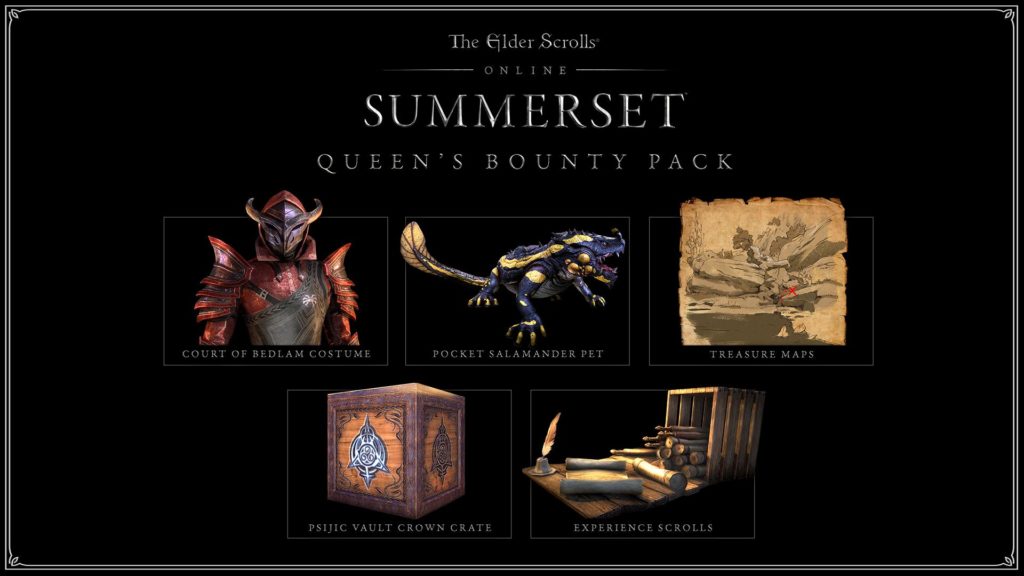 A new Elder Scrolls Online Collections will also be launching. The collection combines the Gold Edition of the base game, the Morrowind Chapter, and the Summerset Chapter. The Gold Edition includes the Imperial City, Orsinium, Thieves Guild, and Dark Brotherhood DLC packs. The collection is deemed to be the best purchase for anyone looking to jump into the game for the first time.

Amazing job from the developers, enjoy the journey to Summerset Isle!