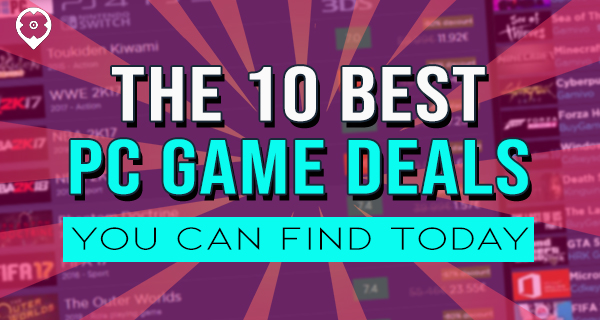 Set in an original world, full of Japanese history, Toukiden: Kiwami is self-classified as a hunting action game, putting players in charge of a Slayer tasked with battling the incredible Oni to save humanity.

It’s not all about the slaying, players will need to be tactical as the larger Oni will require the player to destroy pieces of the Oni if they want to take it down. Slaying the Oni will release captured spirits called Mitama that will help the player unlock special powers as they go.

Takedown the Oni alone, or together in co-op with up to 4 player support, and with the help of other Slayers of Utakata village save humanity.

NBA 2K17 continues the franchise that GamesRadar said that “all sports video games should aspire to be.”

Featuring the biggest names in NBA, as well as classic teams, national teams, and EuroLeague teams, NBA 2K17 takes the series to a new level with new a new presentation and new visuals that truly blur the lines between video game and reality.

Take control of your favorite teams and players, or hit the court in MyTeam and create a team that will compete at the very top of the sport, taking on other players as you dominate the competition.

The Cold War is threatening the world and at a time where trust is everything, spy on your enemies and save the world from destruction.

Lead the Cabal, a secret organization determined to uncover a sinister plot by any means necessary. Carry out secret missions, investigate classified files, and interrogate the enemy agents in a world where knowledge is power.

Hide in the shadows, recruit your agents from the KGB and CIA, and use the skills of your agents to save the world from its leaders.

The beautiful game returns and is better than ever with the help of the Frostbite engine, with a physics overhaul, new attacking techniques, and new leagues.

For the first time in the series, there is a single-player campaign that puts players in the boots of a young footballer trying to make it in the Premier League, where your choices can change The Journey.

Lace-up your boots and take to the pitch with plenty of modes to get stuck into, including Ultimate Team, Career Mode, Tournament Mode, and Online Seasons.

The Outer Worlds proves that story-driven RPGs can still have a place in modern gaming, with beautiful graphics, wonderful story-telling, and player choices that will change the fate of the colony forever.

Lead your companions on a developing story, where your choices will affect character build, companion stories, and even the end game. Develop flaws as you go, and carry them with you, using them to gain extra character perks.

Every choice is yours to make, from choosing your crew, which path to take, and whether or not to help your companions to complete their own missions, it’s your world.

Celebrate the tenth anniversary of the series in style with this updated version of the original, featuring a reworked enemy AI, a better camera, and new skills.

Slash your way through endless enemies in Story Mode, Endless Castle Mode, or Challenge Mode, with every mode available in offline or online co-op. Ride your horse, pick up Strategy Tomes in the battlefield, and unlock new weapon skills and attributes to become the ultimate samurai warrior.

Hit the road as the blue hedgehog and compete in up to 12-player races, in offline or online game modes.

In Sonic Team Racing you will need to race as a team, with various team moves available and a Team Ultimate to unleash. Unlock customizations for your vehicle, use offensive and defensive items in the race, and select from three character types to give you the edge on the track.

Game modes include Grand Prix Mode, Exhibition Mode, Team Adventure Mode, and Time-Trial, with 15 playable characters to pick from as you take Sonic to the next gear.

Explore the open-world as a Slayer, using the power of the Mitama to slay the Oni that threatens existence itself.

Toukiden 2 features new weapon actions, new demons, a new faster running ability, and new customization options. Slaying the Oni has never been so fun, and combat has been changed up to give encounters a smoother feel, giving them a chance to happen anywhere on the field.

Project CARS takes racing to the next level, pushing the boundaries of next-gen graphics and giving players unrivaled immersion.

Tested and approved by racers, Project CARS offers a perfect racing experience with truly authentic handling. Tear up the road in a variety of motorsports, an authentic dynamic time of day and weather system, and a large track roster.

Project CARS stands alone in its beauty and its execution as a racing simulator.

Attack on Titan Wings of Freedom

Live the highly-acclaimed anime, Attack on Titan, and join Eren and his friends to battle man-eating Titans.

Wings of Freedom features 10 playable characters from the hit anime, including Eren, Armin, and Levi, with the game’s visuals being a stunning replication of the anime.

Take on the Colossal Titan and save humanity using your skills and your 3D Maneuvering Gear.