Summer Game Fest 2021, the place to be for video game world premieres and previews, begins on June 10 and will feature more than 30 developers and publishers.

WHAT IS SUMMER GAME FEST?

Summer Game Fest is a schedule of live streams that begins with Kickoff Live, which Geoff Keighley is hosting.

The Kickoff Live stream will feature video game reveals, a performance by Weezer, and a Day of the Devs indie showcase.

The following weeks will see events from video game publishers and platforms, where you can catch the first look at upcoming games.

The lineup is yet to be finalized, but a few of the events have been listed and below are the dates and start times.

A SUMMER OF GAMES

Summer Game Fest is only the beginning of a jam-packed summer in the video game industry.

With ongoing world events, the industry’s most significant events will take place online. 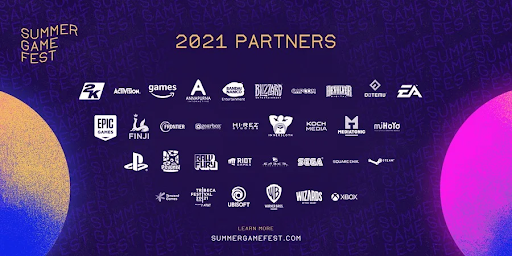 Summer Games Fest has already revealed dozens of partners, meaning we are in for some great reveals.

If you’re struggling to keep up with all of this year’s gaming events, we got a few listed here for you.

You can read our preview on Gamescom 2021 in the article here.