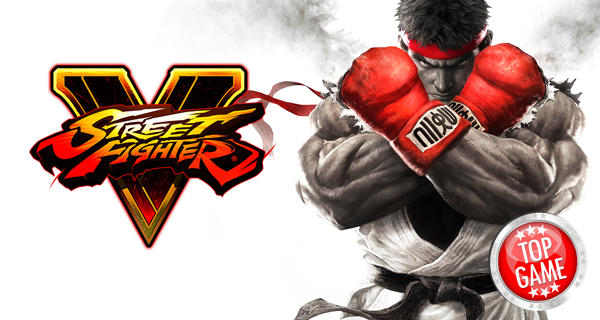 Street Fighter 5 is one of the most anticipated games of 2016, and soon after its release, critics and gamers alike have posted their own Street Fighter 5 reviews. This week, we took our time to scour the internet and checked out the reviews posted by well-known gaming websites as well as those by other gamers. We listed down what they think are the game’s strengths and weaknesses, their scores, and their over-all verdict.

Street Fighter 5 received a score of 76/100 on Metacritic, with generally favorable reviews from 14 critics as of this writing.

Below are some of the reviews from critics and other gamers:

– Its inclusion of the V-Skill and V-Trigger

– The characters – makes you want to play all of them, including those you would not have played in the past Street Fighter games

-Training Mode is “terrific”, and has the best playback and record tools

– Many key features were not present when it was launched – Compared with other modern fighting/action games, it has a lot of “strange holes in its defense” – For some unknown reason, there is no CPU vs mode, and no standard arcade mode. The game has very little to offer when it comes to single-player content.

You can win every fight, with every character, by just jumping about like an idiot and pressing random buttons. At launch, SFV is merely serviceable for the seasoned online warrior. For the beginner, it is simply abysmal… you might be better off waiting a few months for the rest of the game to arrive. Street Fighter V may launch this week, but it’s a long, disappointing way from being finished.

– The Multiplayer versus mode

– Cinematic Story Modes won’t be launched until June – “The tutorial is a 3-minute insult”… no training for special moves, no instructions for combos

The gameplay of Street Fighter V is excellent, and no matter what mode you play, the superb mechanics follow. Unfortunately, the content isn’t substantial, and omits several standard offerings that we’ve come to expect from the genre. It’s a shame that the structure presents so many frustrations, because the gameplay itself is entertaining.

-Street Fighter 5 feels less strict at accepting commands; inputs are more responsive, and easier to pull off while in battle

-The V-System is a nice introduction and is accessible, especially to less skilled players

-Playing online is the most rewarding mode, although grueling.

– The game abandons the arcade mode, making players who want to have a single-player experience take on the story and survival modes instead

-There’s a lack of combo challenges in Training Mode

-It does not have a spectator mode

Street Fighter V delivers where it counts as a fighting game, the gameplay, and makes leaps and bounds of improvement everywhere else. That makes it a must-buy if you’re any type of fan of the series—especially since there are no Super, Ultra or Turbo versions coming out in the future.

-With only 16 characters in its roster, Street Fighter 5’s fighters are more unique than ever before – every fighter feels fresh with new moves, and some with new looks; Capcom took a lot of care in making sure each character is different and balanced

-Visuals and sounds have improved compared to its predecessor

-The most notable issue in the game is its lack of polish; a few aspects of the game come off as lazy; stages are visually impressive but there are glitches

-“There’s not really a polite way to put this, but the breasts of female characters on the player two side of character select are ridiculously animated.”

SITE: Attack of the Fanboy

Although it still has much to achieve, Street Fighter V is already a very impressive comeback for the iconic fighting series. Stunning visuals and new fighting mechanics add to this game’s already winning formula. Though it is promised for later, missing content is a disappointment. What is here is good enough quality to please fans though.

-The characters are meticulously detailed; it feels lime you’re seeing them for the first time

-Graphics are seamless and crisp in Unreal Engine 4

-Combat has improved; beginners can have an easy time inputing combination moves

-The V-Gauge system gives a new depth to characters

User Reviews (From Metacritic and Steam)

Pure and simply does not feel like a complete game aand for its price tag is bodrderline offensive… – by unclomz (Score: 3/10)

This game is a visual treat. Clean Graphics. Difficult Gameplay. Smooth Frame Rate. Unlike other fighting games. You can’t spam just one move and get over with it. You literally will need to grind your controller to execute unique moves. MY ONLY ISSUES WERE: No proper single player quick fight. Had server issues while playing online on day one. Pretty less characters compared to mortal kombat x world. But the gameplay overshadows these issues pretty much. Go Buy It. I never played any Street Fighter Game before. But this game made me wonder why I didn’t. – by shahuy (Score: 8/10)

This game is the best if you are into competitive fighting games. Don’t buy it if you are a casual, offline player because the solo content is garbage. – by sungosu

My advice is pretty straight forward… Wait till after March when they’ll apparently fix whats actually wrong with the game. Ranked is stutter-city and I’m far from running on a low tier rig or internet for that matter. Don’t even bother with battle lounges, you’ll start to hate the game if you enter them. So right now, wait till March and onwards. – by Mytharios

There you have it, folks! We hope our Street Fighter 5 reviews summary helped!

Have you played Street Fighter 5 yet? What was your verdict? Let us know by posting your own review in the comments below! 🙂

Hi allkeyshop,
Your should more often have these reviews.
It helps us customers to make a well-based decision 😛

Thank you for the feedback!