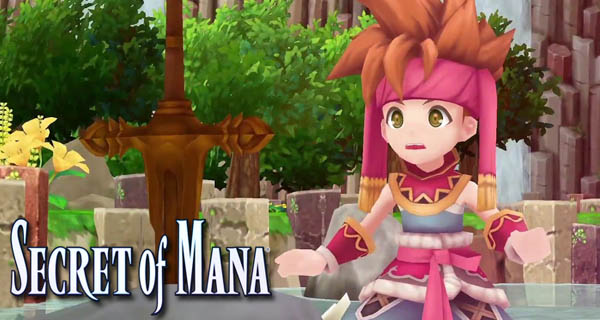 Square Enix has made the announcement that the Secret of Mana livestream will be happening this 17 January. This is the remake of the Secret of Mana that will be released this February. We can expect the original staff of the game to be there to talk about the game.

The livestream will start on 8 PM JST and will run for an hour and thirty minutes only. The people that will be talking about the game includes the three key game developers of the original game – Hiromichi Tanaka, producer; Koichi Ishii, director; and Hiroki Kikuta, composer. Also, the producer of the remake will also be there Masaru Oyamada and the live stream will be hosted by Susumu Imadachi of Eleki Comic.

The “Memories of Mana Campaign” will be discussed in this livestream as well as the game’s trailer and so much more. Do expect the live stream to be in Japanese and hopefully some English subtitles. You can watch this on YouTube and in Nico Nico Live. The Secret of Mana first released in Japan and will launch as a remake elsewhere on 15 February for PC, PlayStation 4 and PlayStation Vita.

Looking forward to playing this remake though I would liked if it was in 2D as the original. Not a fan of the 3D style, it looks very generic.