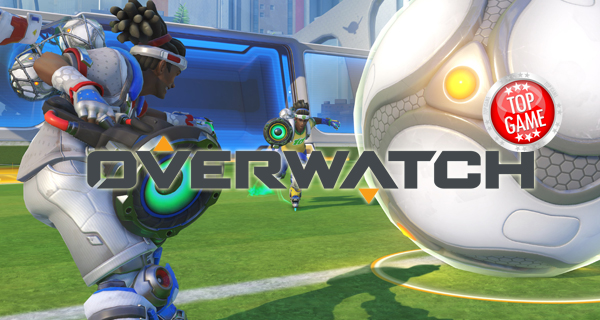 Lucioball and the Summer Games event runs until 22 August

For a limited time, you can play in Overwatch’s Summer Games-themed soccer-like mini game Lucioball. With three players on each team playing as Lucio, your objective is to score goals just like in real-life soccer.

Of course it comes with a fun challenge! In order to score a goal, players can wall climb, throw punches, bounce, and boop as they make their way to their goals.

The game arena is located in Estádio das Rãs in Rio de Janeiro. The field is equipped with jump pads as well as speed-boosting walls which help amplify Lucio’s abilities.

And speaking of abilities, the key to mastering Lucioball is to understand how Lucios’ abilities affect the ball, according to Overwatch assistant director Aaron Keller.

“For this brawl, his primary fire has been replaced with a melee attack, allowing Lúcio to punch the ball — perfect for dribbling, passing, and shooting from short range. When you need to launch the ball across the map, Lúcio’s secondary attack emits a blast of sound that gets the job done nicely.

Unlike other game modes, the speed boost from Lúcio’s song only affects himself (Amp It Up will still increase that boost for Lucio, as it does normally), and Lúcio’s ultimate ability, Sound Barrier, now pulls the ball toward him.”

Each match in Lucioballl will last for 4 minutes.The  team who scores the most during the specified time is the winner. Check out this trailer:

And here’s a gameplay video from PC Gamer:

Aside from being able to play Lucioballl, the Overwatch Summer Games event also includes Olympic-themed loot boxes. Time is ticking, so better get those loot boxes now!