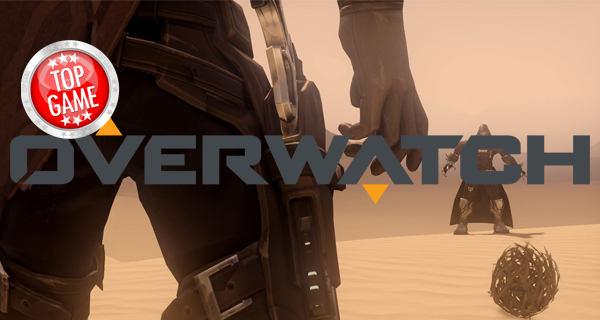 After a successful release, Overwatch reviews are finally out, and we can easily say that this game is definitely in the running for 2016 Game of the Year. Garnering an average score of 98/100 on Metacritic, Overwatch has piqued the interest not just of critics, but also of avid gamers all over the world. Reviews have shown that the game’s characters as well as its overall gameplay are its strengths, while its micro-transactions and the need to grind are some of its flaws.

Read on and find out more details as to what critics have to say about Overwatch. We have compiled a summary of what they noted as pros and cons of the game, as well as their overall comments.

Overwatch is an amazing experience. It’s fresh and consistently fun, with matches that are great in random groups, but astonishingly good when played with friends. Blizzard has taken its masterful art of polishing and perfection to the team shooter, and things will never be the same.

-It is simple and polished -Unforgettable characters; colorful setting -Its audio is an integral part of the game especially when it comes to activating abilities -Very easy to pick-up and play -“Vibrant and endlessly entertaining”, HIGH REPLAYABILITY

You can’t help but take note of the attention to detail immediately, even during the first few seconds of booting it up and watching a random character emote on the title screen. This arena shooter (not a MOBA) looks, sounds, and feels great, with the polish of a Pixar film without feeling overly childish. That extends to every facet of the experience, from its 60 FPS frame rate (even on consoles), beautiful locations, and insanely detailed character models.

-The game “looks, sounds, and feels great” -Every cast member is likeable, all of them have depth despite of them only having several abilities -Its microtransactions are a smart move for Blizzard to help “ensure the longevity of the game” without them having to charge players for expannsions and map packs

Just as Team Fortress 2 burst onto the scene and captivated so many with its charm, and accessible gameplay, Overwatch is poised to do the same with its sharp gameplay and likable characters. There’s little doubt that the next great class-based shooter has arrived

-Its fast-paced and chaotic gameplay is a blast even if you’re on the losing side -There are many unique characters you can choose from; their abilities and weapons are extremely fun to use -“Timeless visuals” -The game’s future looks bright

Overwatch is a fast, fun, and fresh take on the class-based shooter. Blizzard has made sure its first new IP in 17 years is polished to perfection.

-Its 6v6 gameplay is more competitive compared to a 12v12 setup -Players are able to learn quickly what each character can do; each of the heroes feel balanced and useful, each of them having their own strengths and weaknesses -Maps are”fantastically designed and made specifically to accommodate all of the game’s different heroes” -The progression system is a “fun bonus”

-“balance is still a bit out of whack in places” -Some little stuff like unlimited ammo, slow base movement speed, and the ability to pick the same hero multiple times may cause a problem in the future -The lack of single-player campaign may turn some players off

SITE: Attack of the Fanboy

It is Overwatch’s diverse group of characters that make the game shine, though. Blizzard has crafted each to stand on their own even within the same role class thanks to their weapons, abilities, and ultras. There is no mistaking one from the other thanks to supremely intelligent design from player silhouettes to character voices and sounds.

I mostly enjoyed my time with Overwatch as it is very easy to pick up and play. The characters are diverse and just as colourful as the levels where battles take place. As a free-to-play title, I’d have no problems with the grinding and micro-transactions, but these mechanics in a feature-lite, full priced title, mar the overall experience for me. Maybe you’re okay with that, but I’m not. No matter how many games do it, I’ll never be okay with it.

-All characters feel unique from one another -The game is “an extremely colorful breath of fresh air, in stark contrast to most first person shooters that come out these days, which opt for gritty realistic tones.” -Very easy to pick up and play


There you have it! You can also check out and read more Overwatch reviews from Metacritic.

And if you haven’t done so yet, go ahead and pick up Overwatch! Available now for PC via Battle.Net, Xbox One, and Playstation 4.