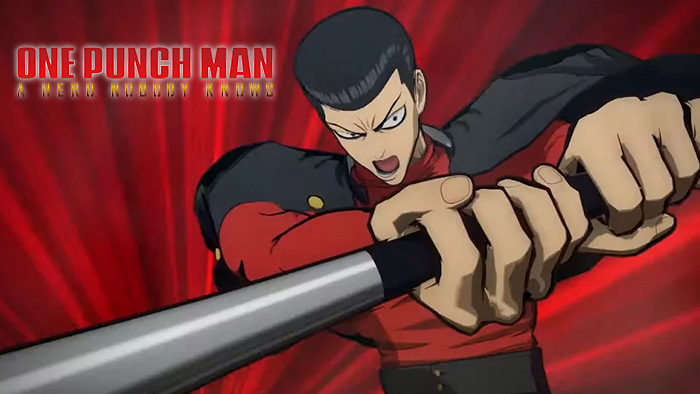 Bandai Namco is introducing two more characters joining the roster of their upcoming 3v3 anime fighter, One Punch Man A Hero Nobody Knows. Tank Top Master and Metal Bat are both S-class heroes that were featured quite a bit during the second season of the anime.

Although the trailer barely lasts one minute, it shows off plenty of gameplay for both heroes. Tank Top Master is known for his superhuman strength and durability so he naturally has some hard-hitting moves. Metal Bat’s fighting style centres around his, well, metal bat, and the trailer shows him smashing his enemies with it.

I must say I’m a bit sceptical about the whole mechanic where, if you have Saitama in your team, you just need to hold out until the main protagonists appear before you one-hit KO all your enemies. However, I’m sure it must have been hard for the developers to portray Saitama any other way since he really just needs one hit to take care of any enemy (unless he decides to play around first).

If you’re interested but are having doubts, then you might get the chance to see how it all works in advance by signing up for the game’s closed beta happening in “early November”. You can sign up by filling out the form here. Take note that the beta is only available on Xbox One and PlayStation 4.

One Punch Man A Hero Nobody Knows launches sometime in 2020 for PC, Xbox One and PlayStation 4.