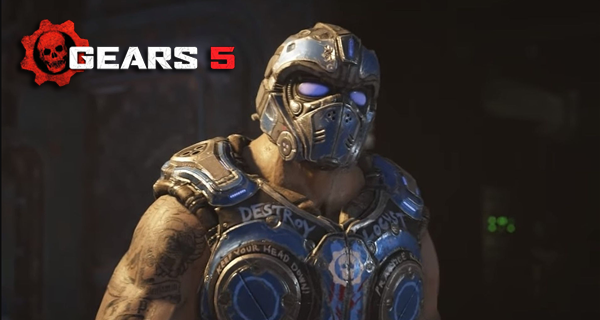 The Coalition has released a brand-new DLC for Gears 5 on the PC and Xbox One which features the Carmine Family Members. This information came via a recent blog post by the developers where they also reveal the identities of the said family members.

Now players can play as Anthony, Benjamin, and Gary Carmine in the versus multiplayer. Unfortunately, the Carmine family members are only available for the versus multiplayer which was a bit puzzling until the developer explained the reasoning behind its limited availability. According to The Coalition, there is a much bigger ambition in play as the goal is to eventually have all COG characters playable in the Horde or Escape. The developer affirmed that this would not be happening anytime soon. However, this is expected to be highly anticipated.

If you wish to acquire the Carmine Family Members DLC, you may do so through gameplay by crafting their unique totem and earning 30,000 XP. You can also get them for 500 Iron each, or through a $10 USD bundle that features all three characters and additional items like blood sprays and banners. If that won’t suffice, there is also a more expensive Deluxe Carmine Bundle. This bundle comes with all three characters, the bloodsprays and banners, and special skins for each character including Academy Anthony Carmine, Firestarter Benjamin Carmine, and Biker Gary Carmine. There are individual purchasing options for each DLC items at a later date.

The developer also expressed that it has heard the requests of the playerbase and is, therefore, working on bringing their favorite characters back sooner. Players can expect characters to be released into the game more often and in higher volume as per request.