New Destroy All Humans Trailer Celebrates the 4th of July! 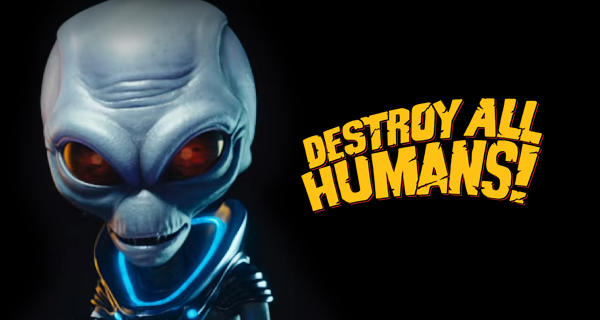 Destroy All Humans! is celebrating Independence Day by treating us all to a new trailer that highlights why we all love the original.

The new trailer has the President of the United States declaring that America is under attack, and shows off the humor that the series is known for, with a promise that July the 4th will never be the same again.

Watch the new Destroy All Humans trailer below:

Whether on foot, or in your ship, you will be able to destroy anything from cars, the White House, and of course all humans, as well as using your Psychokinesis to grab and throw anything.

The Destroy All Humans! remake has been praised by fans for remaining faithful to the original, while also improving gameplay and graphics.

Those wanting to relive their memories, and try out the new updated version of the game, can do with a demo available to download on gog.com, with 20-30 minutes worth of playtime.

The game’s official page on gog.com promises to give players a “glimpse at what makes this dark-humored alien invasion game one of the most beloved action adventures of all time.”

I had tested the demo and I found it really not bad.