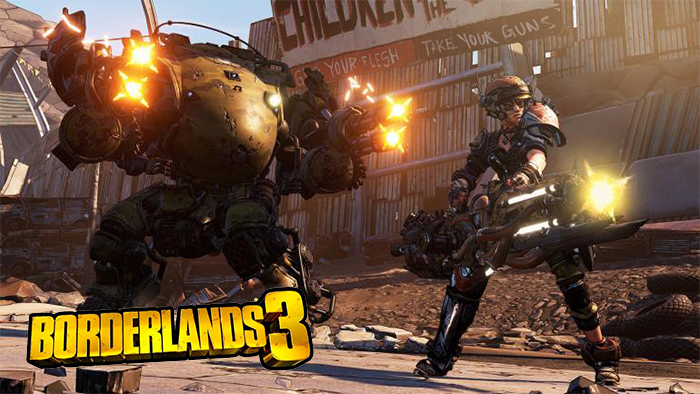 When Gearbox teased an event called “Celebration of Togetherness” on Twitter, many fans speculated another grand reveal event like the previous ones. Some even thought it may be a gameplay reveal for the last Vault Hunter in the game that hasn’t gotten one yet. Well, if the devs got you excited for those, you might be disappointed by this next bit.

The Celebration of Togetherness was no more than the debut of a new Borderlands 3 trailer. Aptly dubbed “So Happy Together“, the video uses a cover of the Turtle’s Happy Together to showcase that happy feeling you’ll get when playing the game in co-op. It’s not really gameplay, more like a series of weird sequences with the Vault Hunters dancing and shooting at the same time.

Although not what most fans expected, the trailer is pretty good in itself, if in a trippy kind of way. In other news, Gearbox CEO Randy Pitchford also recently revealed that Borderlands 3 will not feature cross-play at launch. He did say, however, that they are “committed to cross-play on as many platforms as possible” when it becomes “practicable” after launch.

Borderlands 3 launches on PC, Xbox One and PlayStation 4 come September 16th. It will also be available on Stadia when the streaming service launches in November.

Looking forward to some sexy loot and good time in BL3!