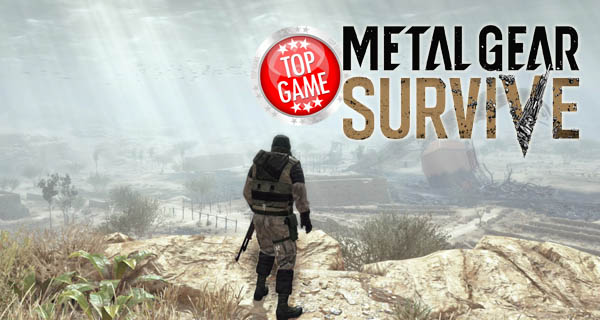 Konami’s up and coming survival action, adventure video game Metal Gear Survive has finally received its rating. The Metal Gear Survive ESRB rating is revealed to be “M” for Mature because of the game’s “Blood”, “Language”, and “Violence”. This is just like the previous Metal Gear games.

Get the full summary of the final rating of ESRB for Metal Gear Survive below:

This is an action game in which players help a soldier find a way home after being transported through an alternate dimension. Players undertake missions to explore a hostile world, looking for resources to craft weapons/ equipment and rescue other survivors.

Along the way, players use pistols, machine guns, automated turrets, traps, and explosives to battle crystalline alien creatures and infected soldiers in frenetic firefights. Realistic gunfire, large explosives, and screams of pain are heard during combat. Large blood-splatter effects are depicted when characters are injured/killed; some environments depict large pools of blood underneath corpses. The word sh*t appears in the dialogue.

Also, releasing this month is the Metal Gear Survive Beta. The beta has been announced on the official Konami website. The beta will be available for consoles only for right now. There are no announcements for the PC beta as of yet. The consoles that can play the beta are PlayStation 4 and Xbox One. PlayStation owners would not need the PlayStation Plus in order to join, however, for Xbox One Owners, they would need an active Xbox Live subscription to play.

No specific time has been announced for the beta but it will run for four days starting at 18 January and end on 21 January. Regions available for this are Japan, North America, Europe and Asia. Players who will participate will have a Participation Bonus which they can download upon purchasing the game. The Participation Bonuses are the FOX HOUND nameplate, Accessory Metal Gear REX head, and Accessory Bandana. Also, just a reminder since this is a beta, any saved progression will not be taken over to the full game.

This is the very first Metal Gear game that will be launched since Hideo Kojima left Konami. The beta, of course, is an incomplete build, but testers will have access to three missions and two maps from the campaign.

Metal Gear Survive is anticipated to launch on 20 February 2018 and can be played on PC, PlayStation 4 and Xbox One. 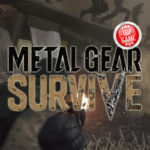 Konami has made the announcement for the Metal Gear Survive Open Beta!

From what i see so far i think Metal Gear Survive could be a good game. Let’s see if PC gets a beta too.

Strange premise, but very interesting. It looks quite similar to MGS5.