Just Cause 3 Sky Fortress DLC: Check Out What’s In Store for You 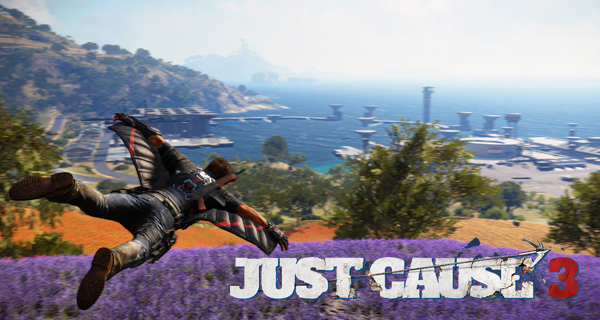 The Just Cause 3 Sky Fortress DLC is the first expansion out of the Air, Land and Sea Expansion Pass.

Earlier last year, Avalanche Studios dished out on the details about Just Cause 3‘s upcoming DLCs called the Air, Land, and Sea Expansion Pass. Posting a community announcement on Steam, the Just Cause 3 team has revealed that the first DLC out of the three is nearly complete. The DLC, called Sky Fortress, will come out of the “Air” Expansion Pass.

The Just Cause 3 Sky Fortress DLC will give players access to new missions, added features, and exciting surprises that will involve the skies of Medici. The team is currently play testing the DLC.

Aside from this update, the team also announced that “a small release of additional weapons and vehicles” are currently out on Steam, PSN & Xbox stores. If you pre-ordered the game, you might already own most of these items.

The announcement also advised players who are experiencing crashes and tech issues to contact their Customer Support website or visit their FAQs:

They also assured players that they’re doing everything they can to fix all the other issues being reported to them, stating that they’ll continue to roll out optimisations, bug fixes, performance enhancements and improvements in a patch which is expected to come out this month.

Don’t own the game yet? We’ve got the lowest offers for Just Cause 3! Compare CD key prices now and buy the game from the retailer that offers the best price for you and save more money!

Check out the deals for: PC / PlayStation 4 / Xbox One