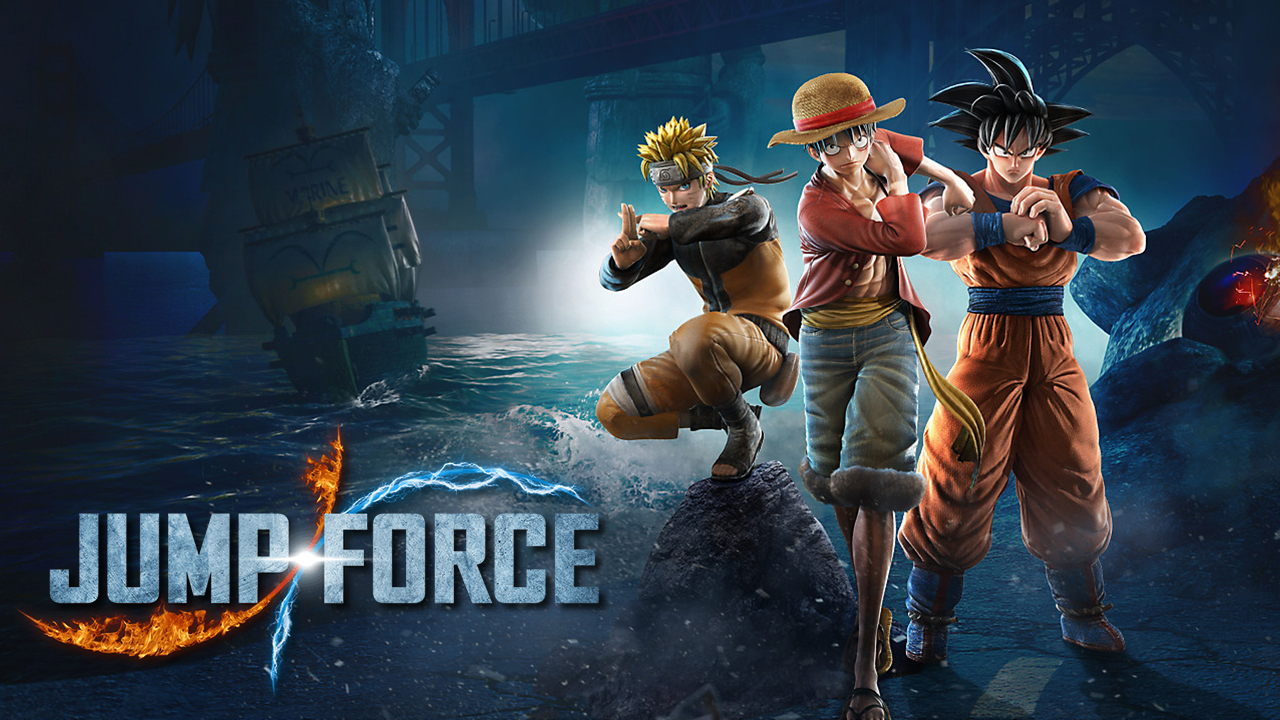 Bandai Namco has announced via Twitter that their upcoming anime crossover brawler, Jump Force, will be holding an open beta test next weekend. The beta will feature the game’s online versus mode with 17 characters, 5 stages and 6 preset avatars. It is set to go up on specific intervals spread across 3 days.

The characters and stages that will be included in the beta were revealed in an image posted with the announcement which you can see below: 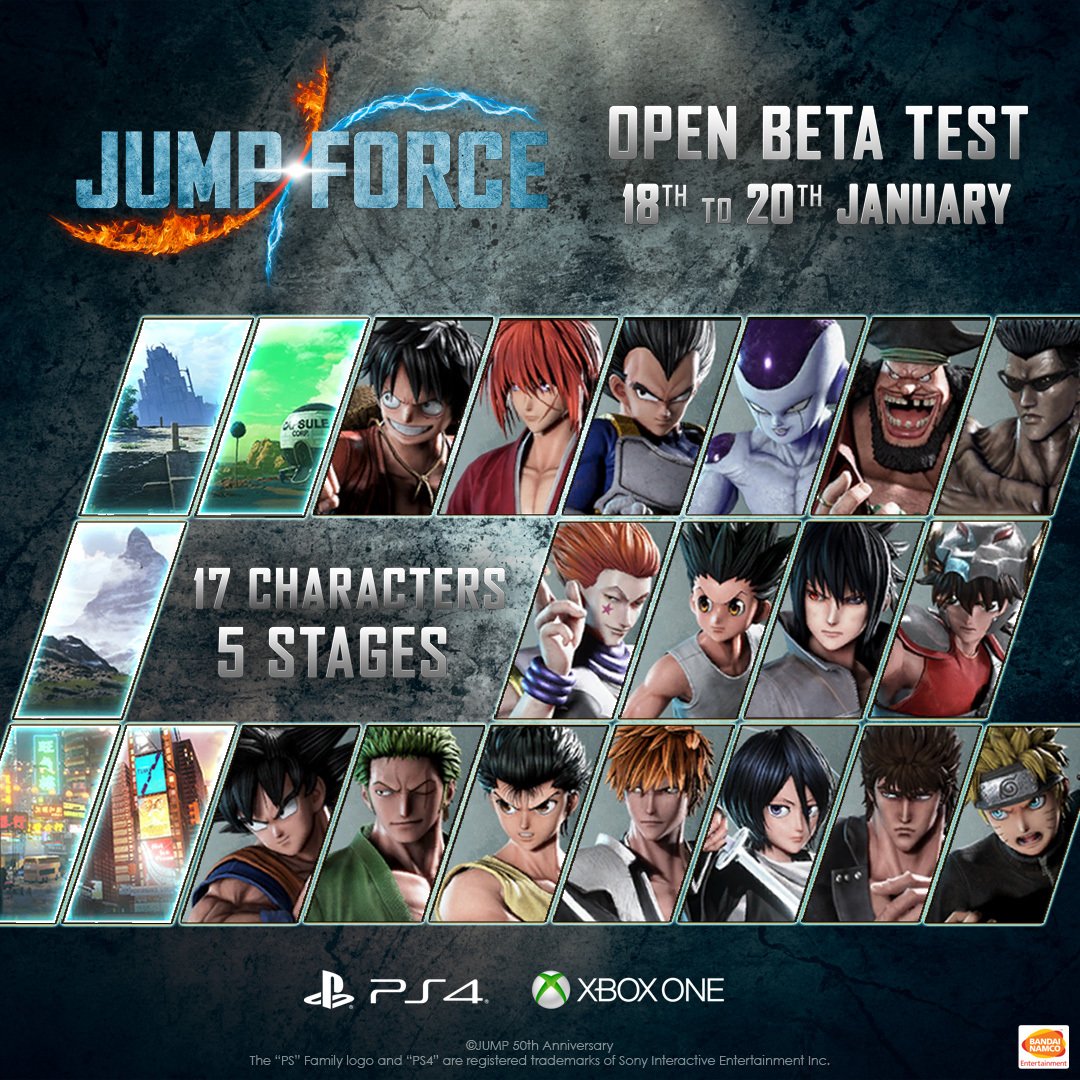 The open beta will run from January 18th-20th. It won’t be live for the whole 3 days though. Instead, the beta will be divided into 4 3-hour sessions specified in the image below: 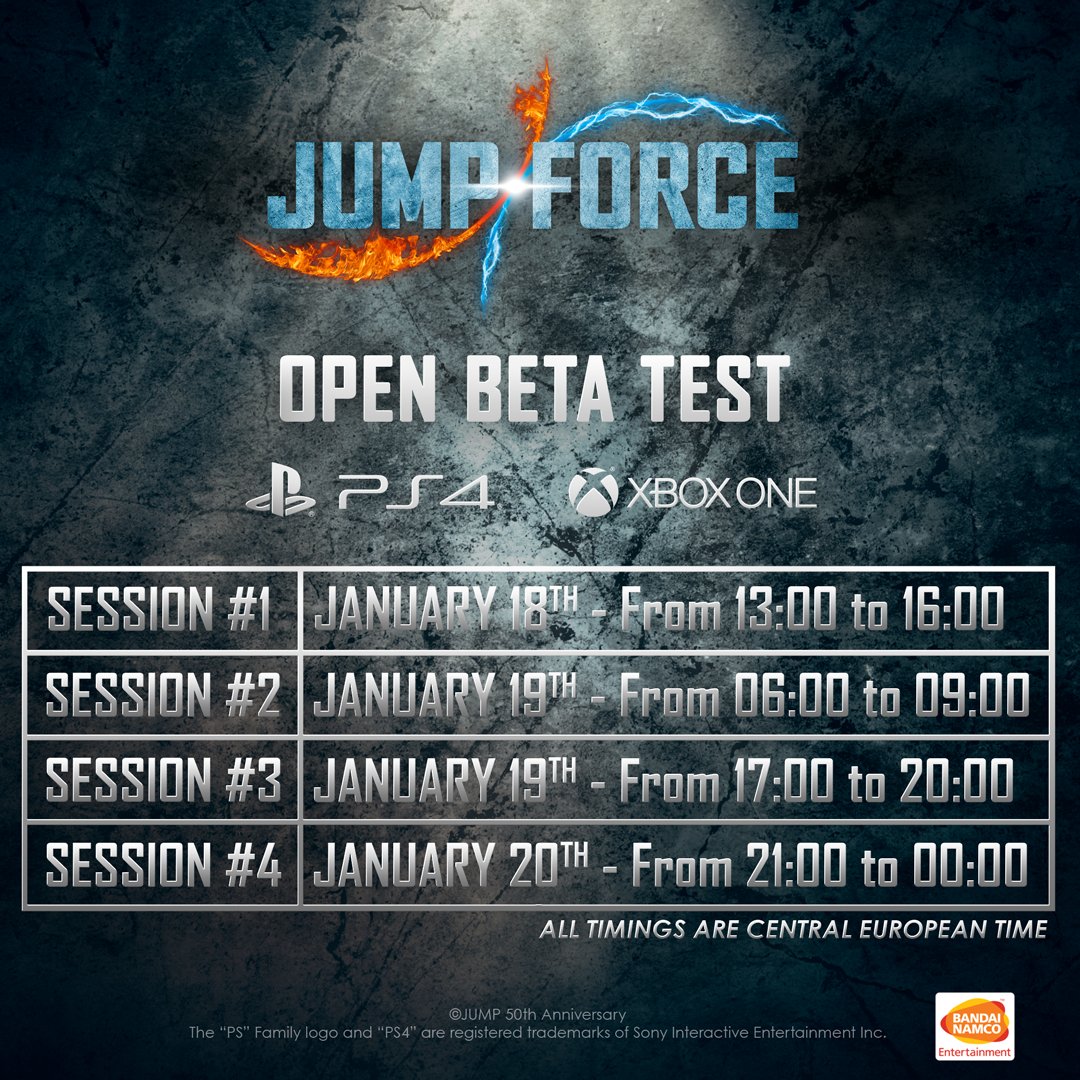 Remember that this is an open beta which means that anybody can join in, no purchase necessary. Unfortunately, PC players won’t be able to participate as the beta is limited to Xbox One and PS4. Pre-loading will begin on January 17th.

Jump Force launches on February 15th for PC, Xbox One and PS4.

Jump Force just got a new trailer showing how players can create custom characters plus and a bit of info on the story. Read on to find out more.