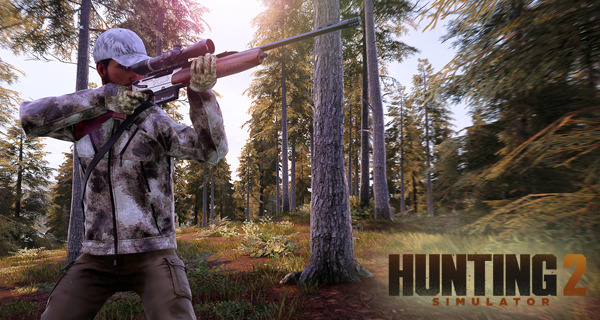 Publisher NACON, and developers, Neopica, have released a statement announcing the upcoming Hunting Simulator 2 that releases next week.

Hunting Simulator 2 is promised to be bigger, more varied, and have more spectacular natural environments, as well as overhauled graphics and sound effects.

Here’s the game’s reveal trailer if you haven’t seen it yet:

The statement by NACON announced that;

“Among the many new features of Hunting Simulator 2, hunting fans can rely on their hunting dog, whose abilities will be a big asset for tracking down game. There are over 33 animal species to find in Hunting Simulator 2. The artificial intelligence for each species has had significant work put in to recreate their unique and realistic behaviors. With help from your four-legged companion, learn how to follow their tracks to complete your objectives!

“Via an all-new interface, hunters can also choose every piece of their gear to ensure they use the most suitable equipment for their prey and the various environments found in Hunting Simulator 2. Over 75 official weapons and accessories, as well as 90 clothing items from the sport’s specialist brands, have been immaculately recreated: Browning, Winchester, Verney Carron, and many more.”

The game’s official Steam page states that we will be able to explore the plains of Colorado, the Texan desert, and forests of Europe, as well as using hunting dogs, such as Labrador Retriever, German Shorthaired Pointer, and Beagle, and use more than 160 weapons, accessories, and clothing items.

Hunting Simulator 2 releases on June 25, 2020, and will be available for PlayStation 4, Xbox One, and PC, with a Nintendo Switch version releasing at a later date.