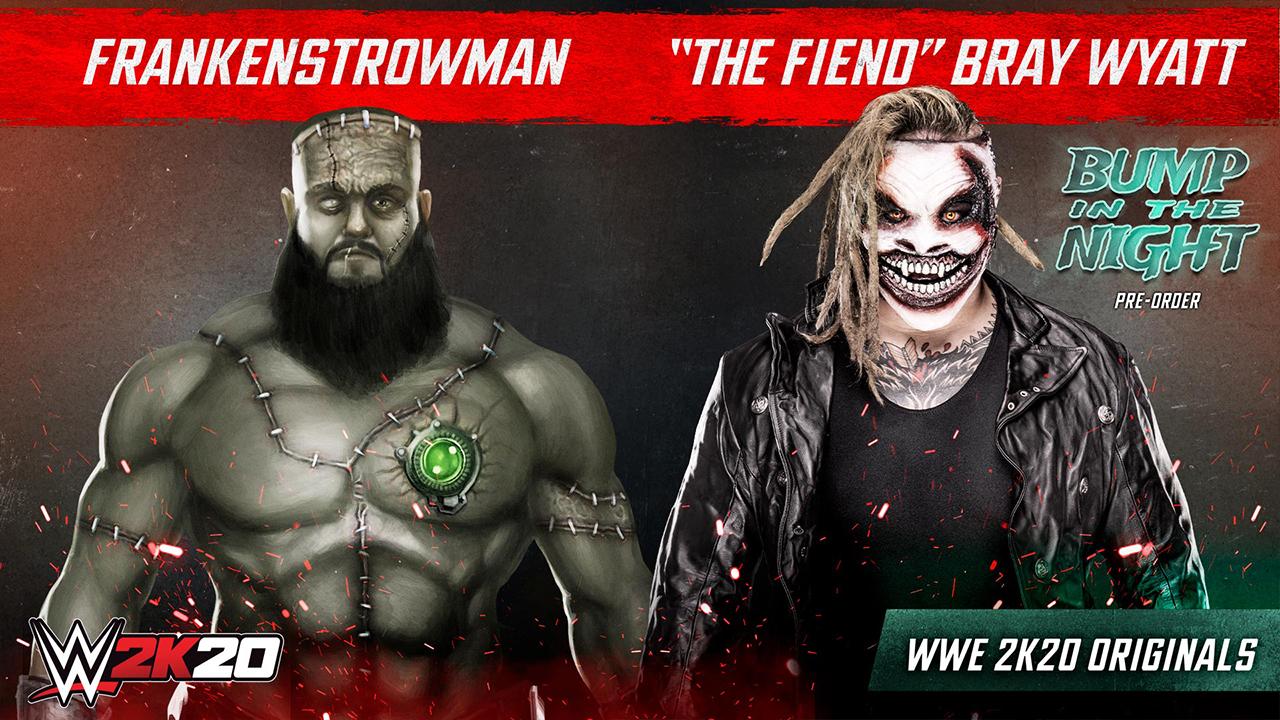 WWE 2K20 releases today and if you’re interested about what’s coming to the game after launch, 2K Games has released details about the four DLC packs they have planned for the game so far. The developers are taking a different route this year by turning your favourite wrestlers into versions from different themed alternate realities.

The four planned DLC packs are Bump in the Night, Wasteland Wanderers, Southpaw Wrestling, and Empire of Tomorrow. As you can probably tell, Bump in the Night will be Halloween-themed and will arrive on October 28th, just in time for the spookiest time of the year. It’ll feature the real version of “The Fiend” Bray Wyatt, plus these fictional characters:

As with all the other DLC packs, Bump in the Night will also include a special themed stage plus themed props and gear for your wrestlers.

No characters have been announced yet for the other DLC packs. We do know, however, that Wasteland Wanderers will arrive before the year ends, while Southpaw Wrestling and Empire of Tomorrow will most likely launch sometime next year.

All four DLC packs will be included in the game’s Backstage Pass. You can also buy each pack individually, especially if you only want specific fictional wrestlers to be added to your game’s roster.

WWE 2K20 launches today for PC, Xbox One and PlayStation 4.