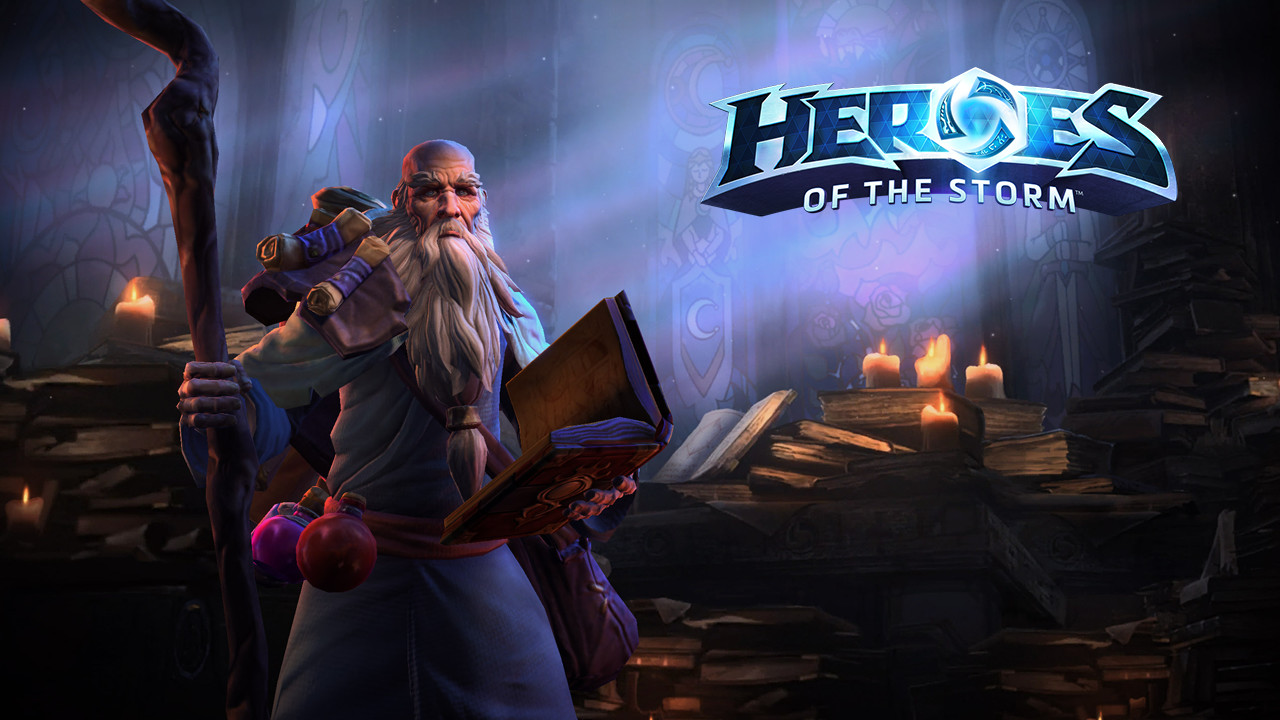 Heroes of the Storm has long pitted the best warriors the different universes Blizzard has created has to offer. This is why you might find it surprising that the latest champion joining the battle won’t be a seasoned soldier or a monstrous villain. Instead, it will be one of the most iconic loremasters in gaming history — Deckard Cain.

The keeper of Sanctuary’s secrets won’t be identifying items for you this time around. Instead, he’ll be one of the best support champions you can rely on. Blizzard describes him as a strong healer with area denial and debuff abilities. He however lacks mobility and is susceptible to silences.

His Q ability is Healing Poion. As the name suggests, Cain will throw out a bottle onto the field that heals the first ally that touches it. Up to five potions can be active at the same time. With his W ability, Cain will unleash the power of the Horadric Cube, dealing damage and slowing enemies in a small area. Scroll of Sealing, his E ability, draws a triangular emblem on the field that activates upon completion. It will then deal damage and root all enemies within the triangle.

The best thing about the champion however is what Blizzard has chosen to do with the character’s infamous catch phrase — “Stay awhile and listen.” In HOTS, his first heroic ability’s name is that exact phrase, and using it causes Cain to start lecturing about history and lore to enemies in an arc in front of him. The effect is just what you’d expect.. They fall asleep!

His second heroic ability is Lorenado, a skill that forms an advancing tornado of books and scrolls, probably from Cain’s very own library. Any enemy caught by the tornado is continually pushed back.

We should see Deckard Cain in the PTR soon, after which he’ll officially join the Heroes of the Storm roster within the month.

I like how this game added many heroes from Blizzard’s franchises Warcraft, Diablo, StarCraft, The Lost Vikings, and Overwatch.