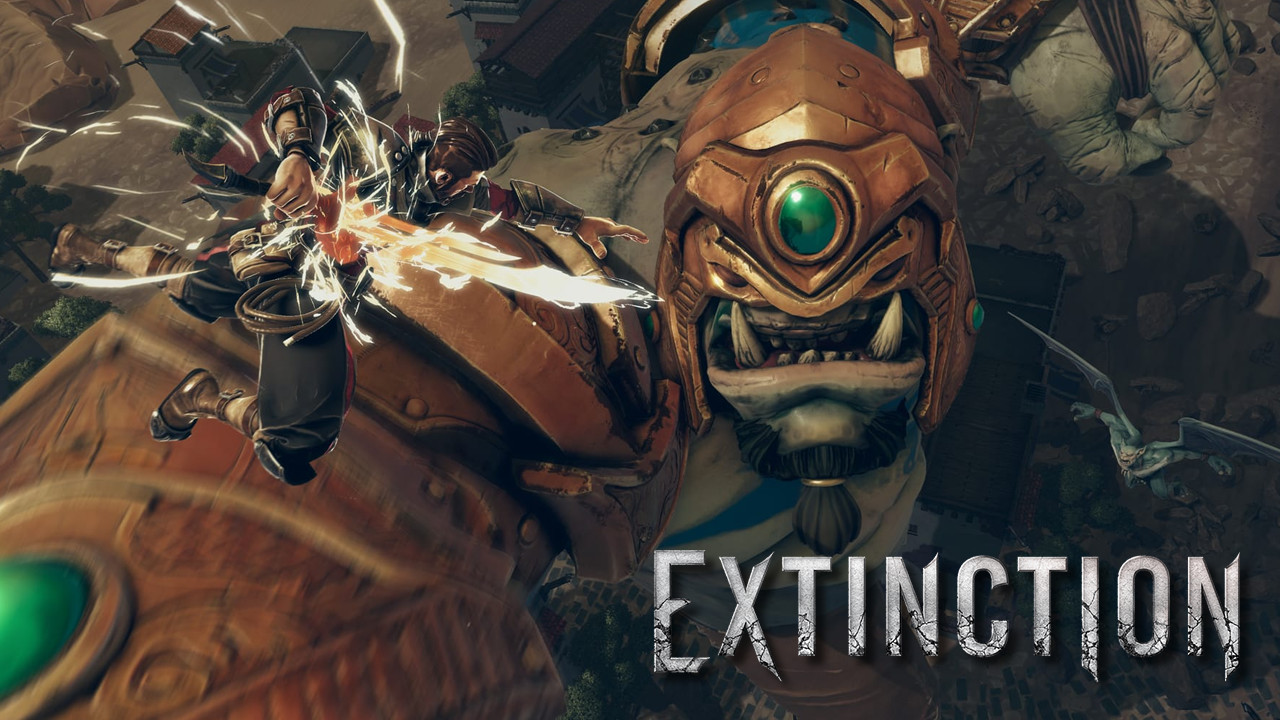 So, here you were thinking that ogres were savage hulks towering at less than 20 feet tall, and you find yourself saying, “These guys don’t look so tough.” Well, Iron Galaxy has something else in mind with their upcoming epic action adventure, Extinction.

Cue massive 150-feet tall titans with an army of blood-thirsty kobold-like minions. And to make things worse, you are the last of an ancient order with the skills necessary to slay the giants. No pressure at all, right?

As epic as the premise sounds, Iron Galaxy is a small studio with a new IP. This means that people won’t know too much about them and their game development practices. And with their latest planned outing priced as much as a Triple A title from an established publisher, it’ll be an equally gargantuan task to convince gamers to open their wallets. The promise of no microtransactions is definitely a great hook though.

But we’ll let you be the judge. Here’s the latest trailer from Iron Galaxy and it gives us a much deeper look at the game’s story and how it plays as a whole.

The graphics do look great, although I’m not too sold on the 2D animated cutscenes. The combat seems past-paced and it looks like Avil will have a myriad of skills at his disposal. The game’s official site boasts that the game will feature skill-based combat, interactive environments, and ever changing battlefields that give a unique combat experience with each playthrough.

Extinction is scheduled to launch on 10 April for PC, Xbox One and PS4. Pre-orders are already open.

Yeah the art style for the cutscenes isn’t that great but the game looks very promising.