Like any other sport, there are mishaps and bloopers bound to happen in esport. Either on live TV or on a match, it will happen and it has happened multiple times. Some are plain out funny and some painfully awkward. Regardless, let’s set it on stone once again and never forget. 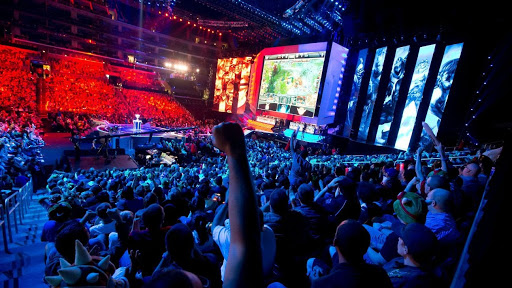 Let us spare our honorable video game masters the first on the list and give it to one of the winners of the Cosplay competition in Gamescon 2012, the French Renekton. Yes, there are better Renekton’s out there over the years but no one can top the popularity of this one…because he’s french!

When you are young and just want to play video games, you have never really given media attention or how to do interviews a lot of thought. So when Džiugas “Mazzerin” Repčys was put on that exact spot, the queue to leave and how to leave was more than unclear.

The unplanned and unexpected product placement for RedBull during ESL One Katowice 2015 has not only given Redbull one of the cheapest successful PR stunts but it also rocketed Allu to stardom. There are Reddit threads about this and even one showing off a RedBull can signed by Allu. Wonder if he ever drank it.

Vincent “Biofrost” Wang was definitely not up to date with how TV ads are being done. And he was definitely not expecting for his knowledge about that to be put to the test on live TV. But if there’s anything else that came out of it, it scored him more points on popularity, especially to girls.

Esports fans have seen quite a lot of trophies breaking apart on stage more times than any other major sports league. And no other team has experienced it more than the Danish esports team, Astralis. Their victorious wins in 2018 and 2019 was memorable for everyone involved.

Another memorable victory celebration that was supposed to be more glorious than what actually happened belongs to Team Liquid’s esports athlete Yun “TaeJa” Young Seo. The thing is, he is not the only one that has “champaign fails” in the history of esports.

This old video of Greg “IdrA” Fields deserves a comeback every time it loses traction. The look on his face speaks a thousand words. So, for this first part of esports funny and awkward moments, we will leave you with this. Not an empty high five but how your reaction time is crucial in all aspects of your gaming life.

Do you have fun and awkward esports moments you want to see on the next list?