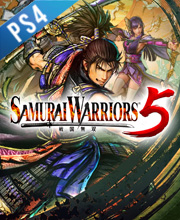 It's a digital key that allows you to download Samurai Warriors 5 directly to Playstation 4 from PSN (Playstation network).

This Edition contains the base game for Samurai Warriors 5 on a physical disc and additional physical Accessories.