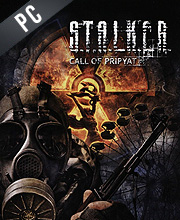 It's a digital key that allows you to download S.T.A.L.K.E.R. Call Of Pripyat directly to PC from the official Platforms.

How can I find the best prices for S.T.A.L.K.E.R. Call Of Pripyat CD keys?

Allkeyshop.com compares the cheapest prices of S.T.A.L.K.E.R. Call Of Pripyat on the digital downloads market to find the best sales and discount codes on trusted stores.

S.T.A.L.K.E.R. Call Of Pripyat is an action RPG developed and published by GSC Game World. It is also a first-person shooter survival horror video game and is the third installment of the S.T.A.L.K.E.R. Series.

The game is set in Pripyat, Ukraine in the Chernobyl Nuclear Power Plant. The story takes place after the events of the second S.T.A.L.K.E.R series “Shadow of Chernobyl” where stalkers hurry to the center of the Zone as there were rumors of hidden treasure, or very rare artifacts in the area. The government took advantage of the situation and launched “Operation Fairway” and sent a helicopter recon mission. All the helicopters sent crashed at the scene.

You will play as Major Alexander Degtyarev, a USS agent and former experienced stalker who is sent to investigate the crash site. The zone is a closed of area, and Major Degtyarev finds a way in via an underground passageway. He finds out that the helicopters were shot out of the sky by very powerful shocks of electricity. He later finds the survivors and is tasked to get them out of The Zone.

There will be various mutant beings in The Zone for you to fight off. Damage taken by your weapons in combat will leave it unusable, so you have to maintain and repair your weapons from time to time. There will be traders in the area that can assist you with repairs as well as for weapon upgrades. Once you have done your mission you can play the game in free play mode where you can explore the rest of the Zone and complete the unfinished missions and search for artifacts and unlock hidden achievements.

The game is old and buggy but no other game matches it’s atmosphere and chaotic gameplay. Wandering through the zone had me scared, expecting a mutant around every corner. Even better with mods.