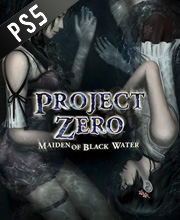 It's a digital key that allows you to download PROJECT ZERO MAIDEN OF BLACK WATER directly to Playstation 5 from PSN (PlayStation Network).

How can I find the best prices for PROJECT ZERO MAIDEN OF BLACK WATER on Playstation 5 ?

Fatal Frame: Maiden of Black Water is a uniquely thrilling horror experience. Armed with only a camera and your wits, the tension is palpable and oozes out of every nook and cranny of Mt. Hikami and the surrounding areas. The camera serves to be as trusty of a weapon as a gun and adds a distinct tension to the action that few games could replicate.