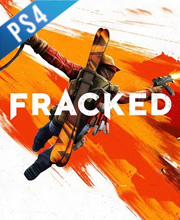 What is Fracked Game Code?

It's a digital key that allows you to download Fracked directly to Playstation 4 from PSN (Playstation network).

Allkeyshop.com compares the cheapest prices of Fracked on the digital downloads market to find the best sales and discount codes on trusted stores.

Fracked is a PlayStation VR exclusive first-person shooter game that combines cover-based combat mechanics and free-flowing movement with climbing and skiing made for VR. You are stranded in a remote mountain facility, on a hostile planet that’s about to turn into a ticking time bomb, standing against you and survival are interdimensional beings that now control the bodies of your once co-workers. Rush head on to the action and become the action hero of your dreams shoot, climb, and ski your way across an epic adventure.

This Edition of the game contains the base game of Fracked, In-game items, bonus digital accessories, and 72 hours early access.