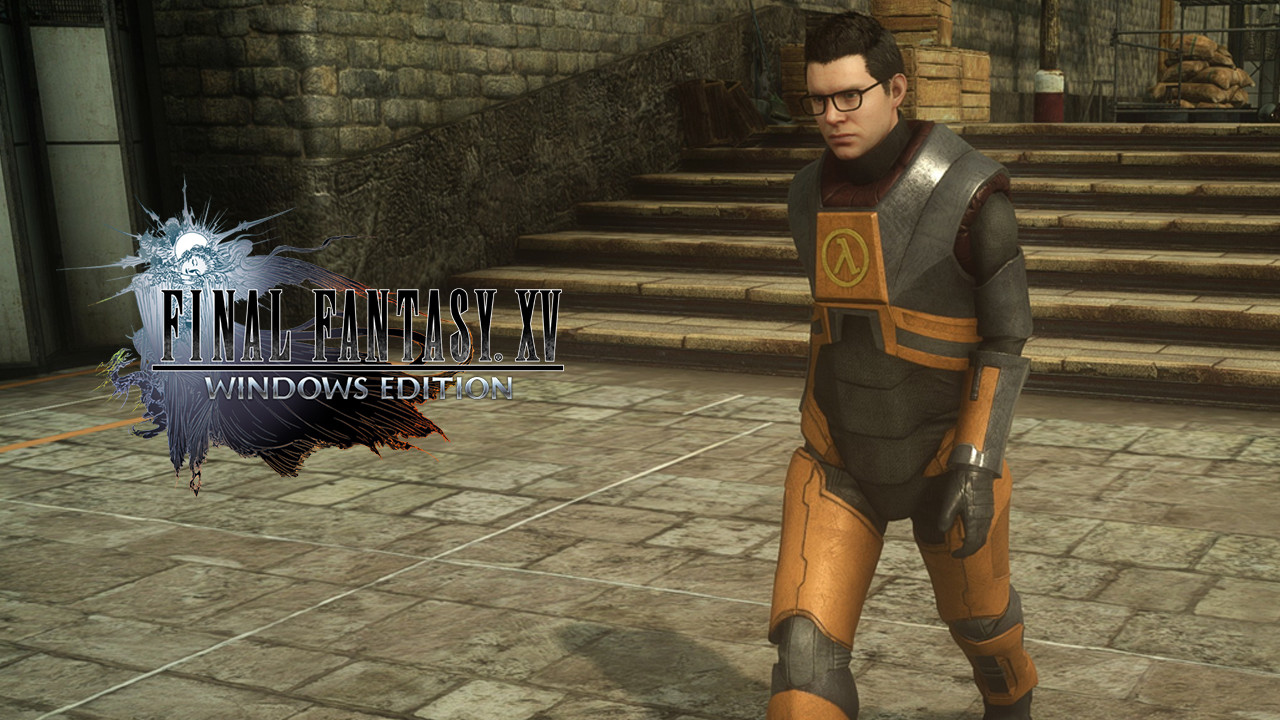 Fans of the widely popular shooter series Half-Life have long been awaiting its next installment. However, Valve continues to deprive us of Gordon Freeman’s next adventure. But as if to partially satiate the gaming community’s longing, Square Enix is bringing some Freeman goodies to Final Fantasy 15 Windows Edition and they’re all for free.

The Half-Life Pack will contain 3 items — Freeman’s HEV suit, his glasses, and his iconic crowbar. The crowbar can be equipped as a weapon, although it may seen a bit clunky with some of the game’s over the top attack animations. When worn in the single-player campaign, you’ll get an HEV-suited, crowbar wielding Noctis. In Comrades though, it’s possible to actually make your avatar look like the legendary alien-busting hero.

To avail of this bonus pack, you’ll need to buy your copy of the Final Fantasy 15 Windows Edition from Steam by the first of May. The items will be distributed through the Steam Workshop. The game itself will arrive on PC come 6 March, the same day the console equivalent, Royal Edition, launches.

Final Fantasy 15’s multiplayer expansion, Comrades, will be getting some updates that will launch alongside the game’s Windows Edition.