Well, there’s nothing more adorable than a sports-loving furry friend! ..that is until this man’s dog came in to the picture.

A Twitter user with the handle @karlkaszuba seems to be having quite a day last Thursday, as he finds his precious FIFA 16 package all gnawed and chewed by his dog before he can even play it.

On a post on Twitter, Karl expressed his sheer grief when he found his newly-delivered FIFA 16 package in bits and pieces. Apparently, his dog was left alone at home and pretty much took a liking with the package and decided to chew on it.

“…I think my dog wanted to have a go on @EASPORTSFIFA before I got home,” his tweet read.

@shoptonet thanks for the quick delivery but I think my dog wanted to have a go on @EASPORTSFIFA before I got home.😢😢 pic.twitter.com/ZIO8pjlC1O

Posting a photo of the poor PlayStation 4 disk, he added, “…just found the disk. It won’t fit in the PlayStation with all the bites.” 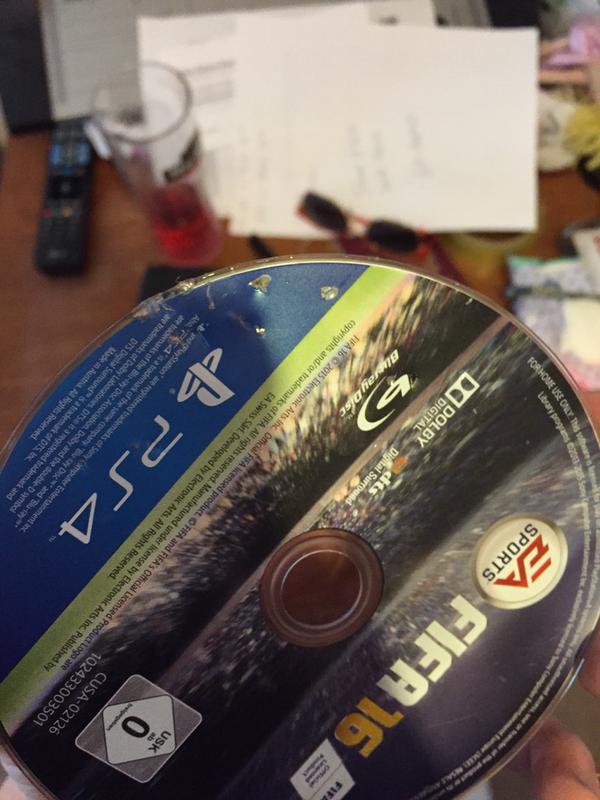 But just as everyone thought he’s lost a good amount of money for nothing, EA Sports responded to his tweet the following day, offering to replace the damaged CD. Good job, EA people!

@karlkaszuba Hi Karl, we’ll DM you and get you sorted with a replacement — EA SPORTS FIFA (@EASPORTSFIFA) September 24, 2015

And here’s a photo of his adorable dog, just in case you’re curious about it.

“Great! He received a new package! I’m sure he will be so happy if I destroy it!”
He’s lucky EA will replace it! 🙂

His dog must be really bored at home LOL 😀

I guess this is why my parents never got me a pet.