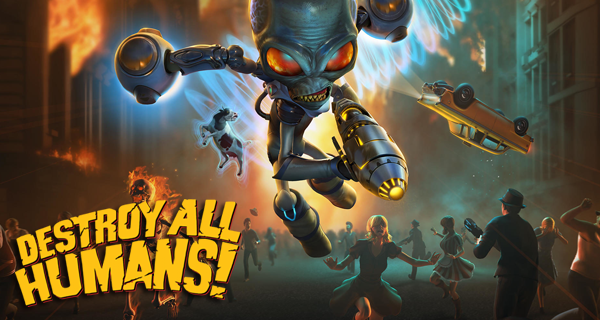 The video, as mentioned is part of the IGN Expo Day 4 Presentation we have the full video below, skip to the 2:17:39 mark to watch the Destroy All Humans gameplay.

Fans of the original need not worry too much as the remake’s official page describes the game as follows:

“The cult-classic returns! Terrorize the people of 1950s Earth in the role of the evil alien Crypto-137. Harvest DNA and bring down the US government in the remake of the legendary alien invasion action-adventure. Annihilate puny humans using an assortment of alien weaponry and psychic abilities. Reduce their cities to rubble with your flying Saucer! One giant step on mankind!”

The core of the game is set to remain, with combat, psychic abilities, and UFO combat all remaining, but in addition to what has stayed familiar, there are now added synergies between weapons and psychic powers, such as throwing a grenade and using your telekinesis to propel it like a rocket. Perhaps the most exciting new addition is the fact that you can now fire your death ray directly downwards from your UFO, Independence Day style.

Controls have had a slight overhaul, with a new lock-on system, a new dash move, and a skate ability added. The remake looks to add to what people already love about the series, and will have all the humor the original had.