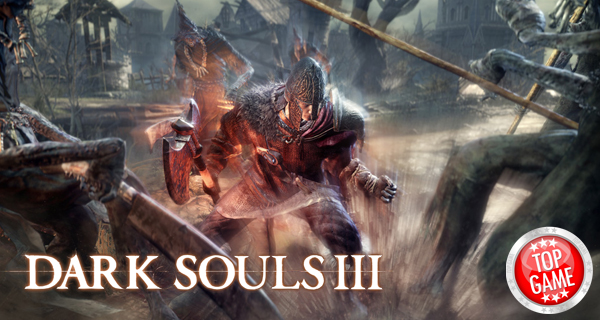 Here are the reviews of the highly anticipated Dark Souls 3. No sugar coatings, just all the critiques’ honest opinions. We’ve compiled and made a summary of the most notable ones. Enjoy reading, and we hope this helps you in the future.

-The game is brilliant. -Has a brilliant world design which is very dense. -So much better weapon upgrades -Chug as many Estus Flasks as wanted. -Difficulty build up is just right as you progress in the game.

-There is a certain familiarity when playing the game, a feeling that it was seen before. -Poise and durability seems to be out of place in the game. -No upgrades or degrades to the armour. -Game crashed repeatedly on low graphic settings due to bad port. -Too many swamps.

Playing through Dark Souls III, as enthralling as it may have been, had me at odds. There are tons of little item and lore references that elicit an ‘oh, i remember that!’ response, but the vast majority of them didn’t do it for me. Those nods and nostalgia bits were a really cool feeling while playing Dark Souls 2, three years after the original, but it’s not that unique anymore, having to relive it over again in many of the same exact ways.

-A masterpiece. -Game combat feels faster. -Fantastic action. -Tactical depth and brawling are on-point. -Aesthetics of the game shine through. -One of the best boss fights ever.

-Most of the zones feel very familiar. -Nothing was surprising in the zones.

If Dark Souls 3 truly is the last in the series as we know it, then it’s a worthy send-off. Weapon arts allow stylish and versatile new moves without tarnishing the purity of the combat system. Lothric’s awe-inspiring locations provide visually stunning arenas for rigorous exploration and fierce face-offs with hosts of deadly enemies and even deadlier bosses. While not all the risky changes land as neatly as others, Dark Souls 3 is a powerful journey and the sequel the series truly deserves.

-Is the grandest and fiercest Dark Souls III as of yet. -A lot of very visually striking locations. -The game is dense with so much things to do and see. -Exploration bears great rewards. -Has a very solid sense of geography and space. -Great voice acting. -Weapon Arts and Ashen Estus -Amazing boss designs.

-It has some occasional framerate dips. -Some boss fights were underwhelming. -Lacks interesting platform challenges. -A few bugs in the NPC’s que.

Dark Souls III is one of the most engrossing, cohesive games I’ve ever played, and the most focused potent game in the series.

-Arenas are more chaotic. -Diverse enemy design. -Level design is well placed. -A mix of different boss difficulties. -The space in the game was used purposefully. -Lots of lore.

-Frustrating camera quirks. -Layout of menus and inventory is not logical.

You start off as a weak, undead wanderer and eventually grow into a being that can kill god-like monsters, and it’s not because the game’s narrative needs you to be that powerful, but because you’ve worked so very hard to get to that point. It’s an incredible feeling, and makes Dark Souls III an incredible game.

-A clever and fascinating game. -New options means new complexities. -New weapon skills. -A beautifully crafted kingdom of Lothric. -Encounters are a mix of the very challenging and the not-so challenging.

-Learning in the game is self taught. -The familiarity in the game takes away some of its magic.

Dark Souls 3 lives up to the formula in some respects but fall short a little to often.

-Gives a complicated yet fascinating experience -A rewarding feeling when defeating a difficult boss.

-Some problems in the game’s performance like loading times. -The game had few surprises and it was disappointing. -Poorly spaced shortcuts.